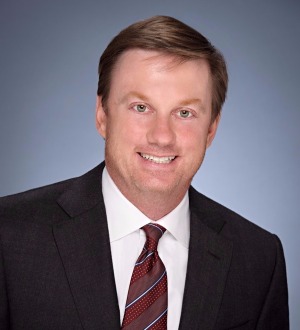 Recognized by Best Lawyers® since 2012.
100 Vestavia Parkway Birmingham, Alabama 35216
(205) 949-2946
|
bkirkpatrick@carrallison.com
Firm: Carr Allison
|  Website
Edit Profile
Edit Your Profile
To edit your Lawyer Directory information, please login to your
Best Lawyers® Admin Account.
If you have any questions or need assistance, please contact us at info@bestlawyers.com or 803.648.0300.
Overview
Firm

Donald “Bo” Kirkpatrick is a senior shareholder and one of the nine founding members of Carr Allison. His practice focuses primarily on workers’ compensation and related litigation, including retaliatory discharge and other employment matters.  Bo advises self-insured clients, third party administrators and insurance carriers with respect to workers’ compensation issues.  He has handled litigation statewide for Fortune 500 Companies and has extensive trial experience throughout the state of Alabama.  Bo has served as the Chair of the Workers’ Compensation Section of the Alabama State Bar and currently sits as the Co-Chair of the Workers’ Compensation Practice Group at Carr Allison.

Bo is one of only two attorneys from the state of Alabama who speaks regularly at the bi-annual Judicial College, put on twice a year for Alabama judges.  He lectures at seminars nationwide on current issues and recent developments in workers’ compensation law.  He served on the 10th Judicial Circuit of Alabama’s Workers’ Compensation and HIPAA Committees after being appointed by former presiding Judge Scott Vowell.

Bo has achieved a peer review AV-rating through Martindale-Hubbell and has been selected to the Mid-South Super Lawyers® list since 2008, as well as in The Best Lawyers in America© since 2012.  He was chosen as a 2017 “Top Flight Lawyer” for bMetro magazine and a 2017 “Elite Lawyer of the South” for The National Law Journal.  While attending the Cumberland School of Law at Samford University (AL), Bo served as Student Materials Editor for the American Journal of Trial Advocacy as well as Chief Justice of the Honor Court.

Outside of work, Bo enjoys spending time with his family and is actively involved with his church.