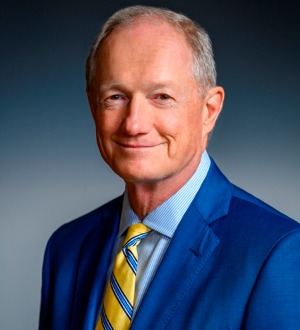 Don M. Downing is a former Missouri Chief Deputy Attorney General and managing partner of the St. Louis office of one of the region's largest law firms.

As Chief Deputy Attorney General - Missouri's top appointed legal officer - from 1993 to 1995, Mr. Downing was the lead lawyer in cases involving consumer protection, antitrust, environmental, securities and many other areas of law. He appeared before the Supreme Court of the United States four times, including one case he personally argued. He also argued cases on behalf of the state six times before the Missouri Supreme Court, and tried substantial cases in federal and state court. Mr. Downing was responsible for hiring, training and supervising more than 170 assistant attorneys general.

Mr. Downing has also represented farmers in numerous cases. He was appointed national co-lead counsel for thousands of plaintiff farmers and other businesses in multi-district litigation involving contamination of the U.S. rice supply by genetically modified rice. He was lead trial counsel in three bellwether rice trials, and obtained plaintiffs' verdicts totaling in the millions of dollars. Mr. Downing led a negotiation that resulted in a global settlement for farmers of $750 million. Additional settlement payments to affected businesses have brought total settlement payments to over $1 billion.

In 2015, Mr. Downing was appointed national co-lead plaintiff counsel in multi-district litigation involving U.S. corn growers’ claims that actions by Switzerland-based Syngenta with its genetically modified strains of corn led to the loss of a chief market for U.S. corn, causing them economic harm. In 2017, in the first certified state class action bellwether trial, he and the three other co-lead plaintiff counsel won a $217.7 million verdict on behalf of Kansas corn farmers.  That verdict amount equaled 100 percent of actual damages requested by co-lead counsel.  Following the verdict he was named a recipient of a 2018 “Influential Lawyer” award by Missouri Lawyers Weekly.

In 2018 he and the other co-lead plaintiff counsel obtained a $1.51 billion settlement of the nationwide class action lawsuit, believed to be the largest agriculture litigation settlement in U.S. history. It was named the Largest Plaintiff’s Settlement in 2018 by Missouri Lawyers Weekly.

Additionally, Mr. Downing has represented thousands of consumers in class action litigation against cellular telephone and internet service providers, drug companies, hospitals, and other entities that engaged in deceptive and unfair trade practices. For example, Mr. Downing served as co-lead counsel in a pharmaceutical class action that resulted in a $220 million settlement for Missouri consumers.

A native of Kennett, Missouri, Mr. Downing earned a bachelor's degree in economics from the University of Missouri in 1979, and his law degree from the University of Missouri School of Law in 1982, where he served as an editor on the Missouri Law Review. After graduation from law school, Mr. Downing served as law clerk for the Honorable Edward L. Filippine, District Judge for the U.S. District Court for the Eastern District of Missouri.