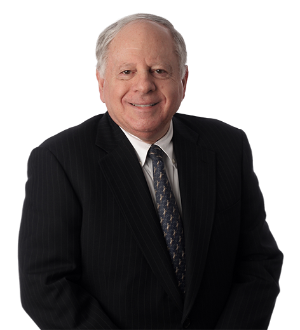 Recognized by Best Lawyers® since 1995.
One Vanderbilt Avenue New York, New York 10017
(212) 504-6000
|
Firm: Greenberg Traurig LLP
|  Website
Edit Profile
Edit Your Profile
To edit your Lawyer Directory information, please login to your
Best Lawyers® Admin Account.
If you have any questions or need assistance, please contact us at info@bestlawyers.com or 803.648.0300.
Overview
Firm

Dennis J. Block is the Senior Chairman of the firm’s Global Corporate M&A Practice. He has handled numerous mergers and acquisitions transactions - both hostile and friendly - on behalf of acquirers, targets, and investment banks.

As a corporate counselor, Dennis has been retained to represent public companies, entrepreneurs, private equity and hedge funds, and investment and commercial banks in connection with issues of major public interest and debate. For example, he represented the Business Roundtable regarding corporate governance issues, Texaco regarding discrimination matters, Cendant directors regarding board liability, General Motors regarding Ross Perot, and Merrill Lynch regarding the Orange County bond default and in the Nasdaq litigation in which Dennis was the industry negotiator for the $1 billion settlement.

Dennis has been Co-Chairman of the Committee on Corporate Counsel and a member of the Council of the Section of Litigation of the American Bar Association. From 1993-1998, Dennis served as a member of the Committee on Corporate Laws of the Section of Business Law of the American Bar Association. He has co-authored The Business Judgment Rule: Fiduciary Duties of Corporate Directors (5th ed. 1998 and Supp. 2000). He was also co-author of a monthly column in the New York Law Journal, co-editor of The Corporate Counsellor’s Deskbook (5th ed. 1999), and a member of the editorial boards of several legal publications. In addition to writing, Dennis frequently lectures on mergers and acquisitions, the business judgment rule, corporate governance, federal securities laws, corporate litigation, the attorney-client privilege, professional responsibility, and indemnification and insurance of corporate officials. He has been consistently ranked in the first tier as one of the leading corporate/M&A lawyers in Chambers Global and included in Best Lawyers in America.

Dennis is a graduate of Brooklyn Law School where he teaches Advanced Corporate Law as an Adjunct Professor. Before entering private practice, Dennis was a Branch Chief for Enforcement in the New York Regional Office of the SEC.