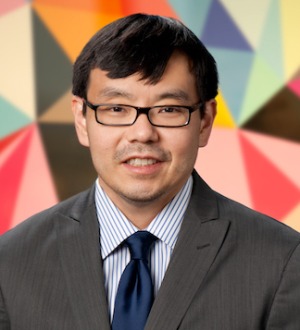 Dennis E. Lee is Of Counsel with Fenton Law Group. He graduated from Stanford University in 1989 with Honors and with Distinction. As a student at Stanford, he served as a peer tutor to other undergraduates and as part of the Upward Bound tutoring program and was Secretary of the local chapter of Alpha Phi Omega, a co-educational service fraternity. He graduated from UCLA School of Law in 1992. He has prior legal experience in personal injury work. He has worked with Henry R. Fenton since 1995 in the field of healthcare law, primarily in litigation in administrative and civil matters. Dennis has extensive experience with all aspects of litigation, particularly writs of mandate and appellate work. He worked on the appellate briefing in the seminal Potvin case with Henry Fenton and has extensive appellate experience, having worked on many appeals before the California and federal courts. His clients include healthcare providers such as physicians, pharmacists, dentists, nurses, and other allied healthcare professionals. He has litigated before various superior courts in California as well as before federal district courts and the Ninth Circuit Court of Appeals. He has also litigated administrative matters involving licensure and payment from Medicare and Medi-Cal.

Dennis also has an M.S. degree from UCLA in physiological sciences (1999) and is licensed to appear before the United States Patent and Trademark Office. He has published, with Professor Allan J. Tobin, the article Lee DE, Tobin AJ, “Reduced Inhibitory Capacity in Prefrontal Cortex of Schizophrenics,” Archives of General Psychiatry, v. 52, p. 267, April 1995. He is interested in a broad range of biological issues in the neurosciences.