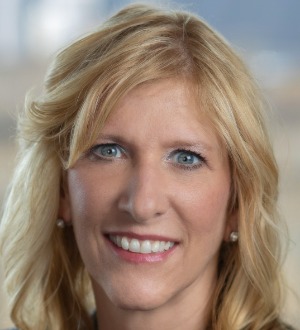 Recognized by Best Lawyers® since 2018.
200 Market Avenue North, Suite 300 Canton, Ohio 44702
(330) 453-5466
|
Firm: Plakas Mannos
|  Website
Edit Profile
Edit Your Profile
To edit your Lawyer Directory information, please login to your
Best Lawyers® Admin Account.
If you have any questions or need assistance, please contact us at info@bestlawyers.com or 803.648.0300.
Overview
Firm

Denise K. Houston is a Partner with the Firm of Tzangas Plakas Mannos Ltd. Attorney Houston has been in practice since 1995, and is admitted to practice before all Ohio Courts and the United States District Court, Northern District of Ohio.

Attorney Houston is a 1991 graduate of DePauw University, receiving a Bachelor of Arts in English Literature with a minor in Philosophy. While in college, Attorney Houston was an active member of the Alpha Gamma Delta Sorority, participated in a variety of philanthropic programs such as Habitat for Humanity, and studied abroad in Athens, Greece. She was also a member of the University’s volleyball and track teams.

In 1995, Attorney Houston went on to graduate from the University of Akron School of Law where she received her juris doctorate. During her years at the University of Akron School of Law, Attorney Houston was a member of the University’s trial team and worked and the University’s Appellate Review Office on a variety of criminal cases pending at various appellate levels, which included issues involving habeas corpus relief and post conviction relief. Part of her responsibilities at the Appellate Review Office included arguing cases in front of the Ninth District Court of Appeals. She was also one of the original members of the School of Law’s Phi Delta Phi chapter.