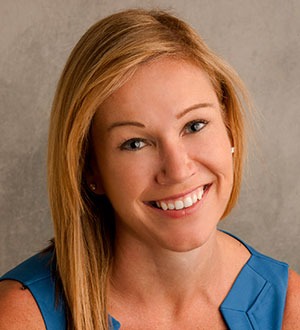 Recognized by Best Lawyers® since 2020.
4309 Yoakum Boulevard, Suite 2000 Houston, Texas 77006
(713) 522-1177
|
Firm: The Kim Law Firm
|  Website
Edit Profile
Edit Your Profile
To edit your Lawyer Directory information, please login to your
Best Lawyers® Admin Account.
If you have any questions or need assistance, please contact us at info@bestlawyers.com or 803.648.0300.
Overview
Firm

Her track record of trial wins include: representation of a national insurance brokerage firm in litigation involving publicly traded company with alleged damages in excess of $40 million relating to alleged Insurance Code violations and professional malpractice; securing a victory for an engineering firm in business dispute with the City of Angleton involving the city annex, courthouse and fire station; and prevailing on behalf of a well-known Houston personal injury attorney in multimillion-dollar litigation involving claims of breach of contract, professional malpractice, gross negligence, and DPTA violations.

She also has successfully defended more than 20 State Bar of Texas grievances for many prominent Texas attorneys, earning a 100 percent dismissal rate.

“Denise is an accomplished litigator who has distinguished herself in public service and private practice,” said John H. Kim, founding partner of The Kim Law Firm. “Clients benefit greatly from her significant experience in both civil and criminal matters, and we are honored to have such a strong attorney on our bench.”

In addition to being named to the 2020 edition of The Best Lawyers in America® for her work in Commercial Litigation, Ms. Kim was featured as a Texas Rising Star in Texas Monthly and Texas Rising Stars magazines in 2014 and 2015 – a designation given to fewer than 2.5 percent of eligible Texas attorneys each year. In 2009, she authored and presented “Tax Preparer Penalties” as part of the CPA Professional Education Program in Houston.

Ms. Kim received her J.D. from South Texas College of Law in Houston and earned her psychology degree from Baylor University. During law school, she clerked for U.S. Congressman Ted Poe and helped write the Shame Punishment legislation, which allows the use of public humiliation during sentencing so offenders can appreciate their wrongs and be less likely to commit another crime. After her work for Congressman Poe, Ms. Kim was hired as a prosecutor in the Harris County District Attorney’s Office where she served as Assistant Harris County District Attorney and focused on juvenile and welfare fraud cases.

Ms. Kim remains dedicated to the community she serves and is a member of the Houston Bar Association’s “Legal Lines,” a community service outreach program designed to help people around Houston receive free legal advice and answers to a variety of legal matters. She also volunteers with the Association’s “Veteran’s Legal Initiative” which focuses on providing legal aid to low-income military veterans.