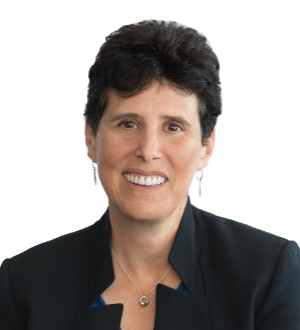 Ms. Katz is a founding partner of Katz, Marshall & Banks, LLP, where she concentrates her practice on employment discrimination, sexual harassment, wrongful discharge, Sarbanes-Oxley, corporate, environmental and other whistleblower retaliation claims, SEC whistleblower tips, and contractual employment disputes. She has developed extensive litigation experience in federal and local courts and has achieved significant courtroom successes in a number of high-profile cases. Throughout her legal career, Ms. Katz has successfully represented dozens of whistleblowers in the nuclear, financial, pharmaceutical and medical-device industries. She also regularly handles cases involving fraud in government contracts, including most recently at the U.S. Embassy in Kabul, Afghanistan.

Washingtonian Magazine selected Ms. Katz for its “Top Lawyers” list from 2004 to 2020, naming her one of the magazine’s top 30 “Stars of the Bar” in its biennial listings in 2009 and 2011, and calling Ms. Katz, "Washington's top attorney for women who want to fight back," in a 2018 profile. She was selected for inclusion in the 2006-2021 editions of “The Best Lawyers© In America,” named the Best Lawyers© 2018 and 2013 Civil Rights Law "Lawyer of the Year" in Washington, D.C., and rated by Martindale-Hubbell as “AV Preeminent,” its highest possible peer review rating. Law360 recognized her as a 2019 "Titan of the Plaintiffs Bar" and in 2018, the Washington Business Journal selected Ms. Katz as an honoree in the Managing Partner category of its annual C-Suite Awards.

Ms. Katz has been profiled as a pioneering #MeToo attorney by the Washington Post in "The feared attorney of the #MeToo moment" and a "Leading #MeToo Lawyer" by Washingtonian Magazine. For her extraordinary work representing victims of sexual harassment and assault, as well as advocating for legislative change, the Metropolitan Washington Employment Lawyers Association recognized Ms. Katz with its 2018 Lawyers of the Year Award. And for her work as part of Dr. Christine Blasey Ford's legal team, the Women's Bar Association recognized Ms. Katz with the "Dare to Make an Impact" award, which honors those who fight for advancement for women attorneys, and for a more egalitarian future.

Ms. Katz serves as Vice Chair on the Board of Directors of the Project on Government Oversight (POGO), a nonpartisan independent government watchdog.  POGO's mission is to strengthen laws and regulations to protect whistleblowers from intimidation and retaliation and to create a more accountable and effective federal government by investigating allegations of government corruption and misconduct.

Ms. Katz is a contributing writer for Ms. Magazine, where she writes about legal issues of importance to women. In 2019, Ms. Magazine honored Ms. Katz with the "Wonder Woman Award" for her work fighting against injustices faced by women and girls because of their gender. Ms. Katz is also co-chair of ALI-CLE’s Advanced Employment Law program and a board member of Law360's Editorial Advisory Board.

Ms. Katz is a member of the District of Columbia and New York Bar Associations, the Bar of the Supreme Court of the United States and the bars of several federal courts of appeals.