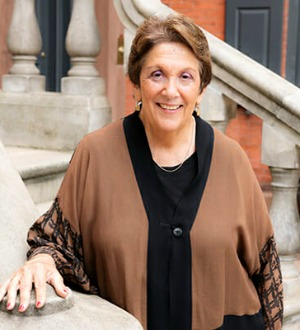 Deborah R. Willig has served as Willig, Williams & Davidson’s managing partner since the firm’s founding in 1979. A determined advocate for workers, Deborah has focused her practice on labor relations and employment law since 1976.

As a labor and employment attorney, Deborah has been involved in representing a wide range of labor unions including teachers, and non-professional public school employees, public health, social, and recreation workers, firefighters, teamsters and orchestra musicians. For decades Deborah has been involved in every major contract negotiation involving the employees of the City of Philadelphia and its School District. Her work for both public and private sector unions includes contract negotiations, presenting interest and grievance arbitrations, and advising clients on internal union governance and staff matters.

Deborah also maintains an active practice in the representation of employee benefit funds, including jointly administered funds in the public and private sectors. One of her sub-specialties in connection with the health and welfare plans she represents is the negotiation of health care benefits, including the analysis, review and implementation of benefit designs and the negotiation with benefit fund providers. Deborah secured a major arbitration victory requiring a large Philadelphia employer to provide domestic partner benefits.

Resident in the firm’s Philadelphia office, Deborah also shares her many years of experience in representing labor unions with union members in the Chicago area through the firm’s Of Counsel relationship with Illinois Advocates, LLC. She also is committed to community service, including legal, academic and charitable endeavors. She has held numerous leadership positions with the Philadelphia Bar Association during her career, including becoming the organization’s first woman Chancellor in 1992. Deborah continues to serve as an active member of the bar association while maintaining her rigorous legal practice and sharing her expertise as a guest lecturer at the International Foundation of Employee Benefit Plans, the Pennsylvania Bar Institute, Temple University Beasley School of Law, and the Wharton School of the University of Pennsylvania. In addition, Deborah is a Fellow of the American Bar Foundation and a member of the Pennsylvania and American bar associations. Deborah was elected as a member of the American Law Institute, and is a member of the Pennsylvania Association for Justice, the Philadelphia Trial Lawyers Association. She also served as a member of the Pennsylvania Bar Association’s Judicial Evaluation Commission. She was recently elected to the serve on the Board of Directors of Juvenile Law Center for a three-year long term. Willig will also serve on the Committee on Labor and Industry after being selected by Gov.-elect Tom Wolf for this transition review team.

Deborah currently serves as President of the French International School of Philadelphia, a nonprofit independent school offering a dual curriculum in French and English.

Since 1990, Deborah has been consistently selected by her peers for inclusion in The Best Lawyers in America® in the fields of Labor and Employment Law (Copyright 2012 by Woodward/White, Inc., of Aikens, S.C.). Deborah has also been consistently named a Pennsylvania Super Lawyer by Thomson Reuters, published annually in Philadelphia magazine, since 2004. She was listed among the Top 50 Women Lawyers in the Commonwealth of Pennsylvania in 2013, 2012, 2009, 2008 and 2007 and one of the Top 100 Women Lawyers in Philadelphia in 2009. American Lawyer Media and Martindale-Hubbell™ selected her as a "2013 Top Rated Lawyer."