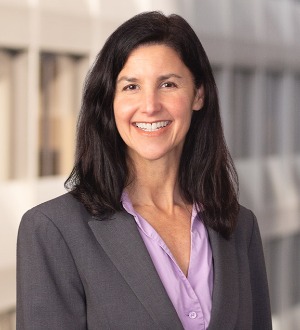 Based in the firm’s San Francisco office, Deborah Rosenthal brings 25 years of experience as a litigator to the firm’s asbestos, sexual abuse, and personal injury practice groups. She has helped secure millions of dollars in verdicts and settlements on her clients’ behalf, against defective product manufacturers, oil and shipping companies, telecom carriers, and other institutional and individual wrongdoers.

A writer for as long as she can remember, Deborah became a lawyer to use her skills in the most impactful way she could find. She has dedicated her career to representing those who have been exploited and abused by corporations and others who have misused their power to the detriment of others.

“When it works, the civil justice system can restore a sense of fairness and dignity that few other avenues can,” Deborah said. “We have to fight not only for redress for our clients but also to ensure that the system continues to function as it should."

With a background in investigative journalism, Deborah is adept at approaching cases from a number of different angles to find the information the team needs, to either go to trial or mediate.

She devotes most of her time on a case to research and writing, digging into facts and legal principles to provide the best materials for each case. During her career, she has developed materials for more than 100 trials, and she provides key legal analysis on all of the firm’s California cases.

“I like strategizing with my colleagues about how to best serve our clients,” Deborah said. “It’s rewarding to be able to hold corporations accountable for their unacceptable profits-before-people mentality. When they have to answer for their actions, they eventually have no choice but to improve their practices, to everyone’s benefit.”

In 2018, Deborah handled the lion’s share of the motion practice and discovery for an asbestos case that went to trial against J-M Manufacturing on behalf of Norris Morgan and his wife. Mr. Morgan was exposed to asbestos-containing transit pipe while working as a construction supervisor in the 1970s in Southern California. The jury awarded the Morgans $30.2 million in compensatory and punitive damages.

In 2019, on the day the jury was impaneled for clients Arthur and Janet Putt’s state court trial against Ford, Ford removed the case to federal court. If it remained there, the Putts wouldn’t have been able to proceed to trial until months if not years later. Deborah successfully wrote and argued an emergency petition to remand the case back to state court within 24 hours, allowing the Putts to have their day in court. Four weeks later, the jury awarded a $34 million verdict to the Putts, for their injuries and damages arising out of Mr. Putt’s asbestos-caused cancer.

Both verdicts were ranked on the Top 100 Verdicts List for that year by the National Law Journal and Verdict Search, which tracks the nation’s largest jury verdicts each year. Additional examples of Deborah’s cases, in the past decade, that have resulted in six- and seven-figure settlements include:

Deborah is passionate about helping historically underserved populations get meaningful access to justice. In 2018, she traveled to the Texas border to prepare Central American asylum seekers for their credible fear interviews, while they were incarcerated with their children in the nation’s largest family detention center. In 2019, she assisted a non-profit doing similar work at the San Diego-Mexico border; and in 2020, she helped an immigrants’ rights attorney obtain the release of a Guatemalan teen who was trafficked into the country, from a detention facility for unaccompanied minors in Northern California. And in Fall 2020, she traveled to Las Vegas and Phoenix to serve as a poll observer at various sites where there was concern that voters’ rights might be compromised during early voting and on Election Day.