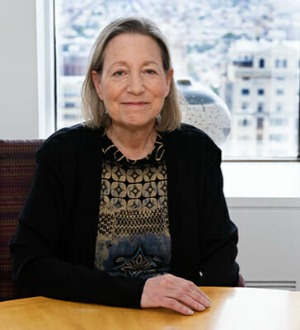 The chair of Willig, Williams & Davidson’s employee benefits department, Deborah M. Lerner has more than 30 years of experience in tax and employee benefits law. She counsels and represents numerous public and private-sector single and multi-employer funds on a broad range of benefit and tax matters.

Deborah specializes in representing trustees of single and multi-employer pension and health and welfare plans with respect to tax, ERISA and plan administration issues. She also advises individuals regarding employment, pension and benefit matters.

Deborah also serves as an adjunct professor at Temple University Beasley School of Law, where she teaches courses in the school’s graduate tax program. She is a member of the editorial board of theJournal of Taxation of Exempt Organizations . As a lecturer, Deborah has presented for groups such as the American Bar Association, the Conference of Consulting Actuaries, the Pennsylvania Bar Institute and the International Foundation of Employee Benefit Plans.

In 2006, Deborah’s peers elected her to membership in the prestigious American College of Employee Benefit Lawyers, the highest honor afforded to a practitioner in this practice area. She has been consistently selected by her peers for inclusion in The Best Lawyers in America® in the field of Employee Benefits Law (Copyright 2012 by Woodward/White, Inc., of Aiken, S.C.) since 2006. Deborah has also been consistently named a Pennsylvania Super Lawyer by Thomson Reuters, published annually in Philadelphia magazine, since 2004.