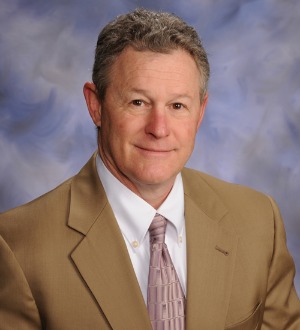 Mr. Noblit has spent his entire professional career with the firm beginning in 1979; and becoming a member in 1985. He has concentrated his practice in assisting clients who are forced into litigation to resolve a wide spectrum of legal disputes. Clients have included many of the nations largest corporations both by direct assignment and through insurance defense referral. He has served as lead counsel in state and federal Courts in Tennessee and Georgia and over the course of the first thirty years of practice has tried approximately one hundred cases to verdict or judgment. His active trial practice caused him to embrace the alternative dispute resolution process early in the development of mediation as a more practical way of resolving disputes. After successful participation in mediation in a case in 1985, he actively served as a mediation advocate in well over one hundred cases and after adding a mediation practice to his areas of concentration he became listed by the Supreme Court of Tennessee as a Rule 31 Mediator in 2000. He has conducted well over 850 mediations in a wide variety of legal disputes.

His present practice includes defense of cases for his corporate clients in liability cases, workers' compensation cases and he also represents individuals in family law disputes.

Professionally, he is a member of the Chattanooga and Tennessee Bar Associations and the State Bar of Georgia.  He was recently invited to membership in the Tennessee Association of Professional Mediators. Additionally, he was invited to become a member of the Brock Cooper American Inn of Court as a Master and was asked to serve on the Executive Committee in 2008-2009, and was President in 2011-12.

Born in Chattanooga, Tennessee in 1953, he is a product of the local schools, was a scholarship athlete and student leader at the University of Tennessee at Chattanooga where he earned a B.S. degree in 1975. A member of the Law Review at Memphis State University while in Law School, he earned his J.D. degree after having been elected into Omicron Delta Kappa. He also served as Graduate Assistant to University Counsel in 1978-79.