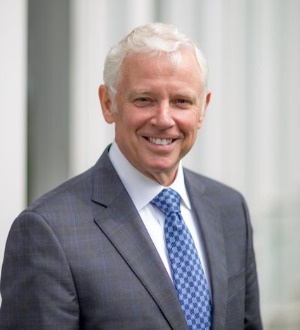 David Hamilton represents clients in commercial and general litigation matters, including public entity representation, and concentrates his practice on defense of commercial lending claims and the defense and prosecution of general business litigation in both federal and state courts.  He also represents public entities in eminent domain matters and has argued before the United States Court of Appeals for the Eighth Circuit, the Missouri Supreme Court, and the Missouri Court of Appeals for the Eastern and Western Districts.

David received his Bachelor of Arts degree in 1973 from the University of Missouri-Columbia, and in 1979, received his J.D. from the University of Missouri-Columbia School of Law.  He is licensed to practice law in the State of Missouri and has been admitted to practice before the United States Supreme Court and the United States Courts of Appeal for the Seventh and Eighth Circuits.  He has also been admitted pro hac vice to practice in the States of Illinois, Mississippi, Montana, Texas and Wisconsin.  He is a member of the American Bar Association, the Missouri Bar Association and Missouri Municipal Attorneys Association.  David is originally from Macon, Missouri, and currently resides in St. Peters, Missouri.