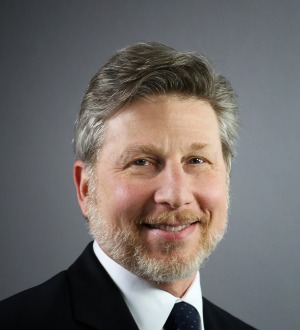 David has represented issuers in registered public equity and debt offerings (including initial public offerings, secondary offerings and rights offerings) and public and private placements of equity and debt securities, as well as investors and borrowers in private equity and venture capital investments. He acts on behalf of several public companies on an ongoing basis, in connection with matters arising under the Securities Act of 1933, the Securities Exchange Act of 1934, the Sarbanes-Oxley Act of 2002 and the Dodd-Frank Wall Street Reform and Consumer Protection Act of 2010.

His clients come from many sectors of the economy, including domestic and international clients in the energy, mining, insurance, technology, manufacturing and service industries.

David served from July 2003 through October 2004 as the Acting General Counsel and Secretary of Covanta Holding Corporation (formerly Danielson Holding Corporation), a holding company affiliated with entities of Chicago investor Sam Zell. In this capacity, David guided Danielson through its acquisition of Covanta Energy Corporation out of bankruptcy and the financing of Danielson’s purchase of Covanta. Subsequently, David advised Covanta in connection with its acquisition of American Ref-Fuel Holdings, Inc. in a transaction valued at $2 billion and has continued to advise Covanta on numerous offerings of common stock, convertible notes, and debt securities in which Covanta has raised over $2.5 billion, including its most recent high-yield debt offerings in December 2010, March 2012 and March 2014.

David has been recognized as a leader in Chambers USA: America’s Leading Lawyers for Business (recommended in “Corporate/ M&A & Private Equity”) since 2010. as a Leading Lawyer in the areas of Corporate Finance Law, International Business and Trade Law, Mergers & Acquisition Law, Publicly Held Corporation Law and Securities and Venture Finance Law.  David has consistently received a peer review of AV-Preeminent from Martindale-Hubbell and is recognized in Marquis’ Who’s Who in America. David has also been included in the The Legal 500 United States 2014 editorial (recommended in M&A: Middle Market). He has been described as “extremely competent, a good thinker, and always accessible. He has a thorough knowledge of corporate matters, and does a good job of providing the key elements that clients need to know and understand, without over-lawyering.”