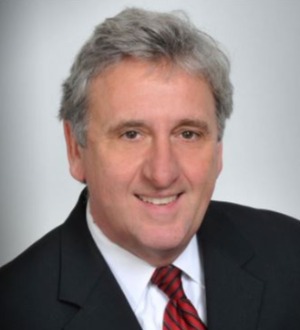 Born in Hendersonville, North Carolina in 1959, David S. Nelson attended Indiana University of Pennsylvania, graduating with a Bachelor of Arts in Journalism with honors in 1980. Mr. Nelson then went on to work as an announcer, music director and program director at several radio stations in Pennsylvania and Florida before enrolling in the University of Florida College of Law, from where he graduated in 1987.

Mr. Nelson was admitted to The Florida Bar in 1987, and The Federal Bar in the U.S. District Court for the Middle District of Florida the same year, for the Western District of Kentucky in 1989, the United States Court of Appeals for the Eleventh Circuit in 1988 and for the Sixth Circuit in 1990. He was admitted to practice before the U.S. Supreme Court in 2005. Mr. Nelson is also certified by the Florida Supreme Court as a Circuit Civil and Appellate Mediator.

Throughout the course of his legal career, Mr. Nelson’s practice has been devoted almost exclusively to the representation of healthcare providers, including hospitals, physicians, dentists, nurses, nursing homes and assisted living facilities in negligence actions. He has served as lead counsel in multiple jury trials. He has also served as lead counsel at the appellate level, where he has argued cases before the Florida Second District Court of Appeal and the Florida Supreme Court.

Mr. Nelson has been an invited lecturer at risk management and medical-legal seminars and continuing medical education courses for hospitals, physicians and nurses. He has been continually selected as a Florida Super Lawyer and has been included in the Best Lawyers in America since 2009. He was named by Best Lawyers as the “Best Lawyers’ 2014 Tampa Medical Malpractice Law – Defendants” lawyer. Since 1999, Mr. Nelson has been AV-rated by Martindale Hubbell.

Mr. Nelson is married and has two children.