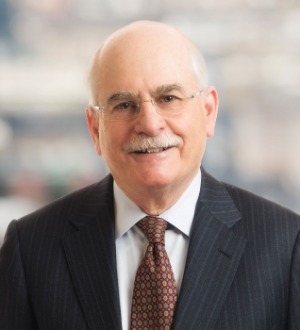 Recognized by Best Lawyers® since 2013.
3000 Two Logan Square, 18th and Arch Streets Philadelphia, Pennsylvania 19103-2799
(215) 981-4000
|
Firm: Troutman Pepper
|  Website
Edit Profile
Edit Your Profile
To edit your Lawyer Directory information, please login to your
Best Lawyers® Admin Account.
If you have any questions or need assistance, please contact us at info@bestlawyers.com or 803.648.0300.
Overview
Firm

He has tried numerous commercial and products liability actions, jury and non-jury, and has argued scores of appeals in civil and criminal cases in state and federal courts. His civil trial experience includes many commercial and personal injury actions.

David has taught trial advocacy at the National Institute for Trial Advocacy and served as a mediator and arbitrator for the U.S. District Court for the Eastern District of Pennsylvania. He is an adjunct professor of law at Temple University’s Beasley School of Law, where he has taught Advanced Civil Procedure and Remedies, and he has lectured and published on topics in the fields of environmental law, professional responsibility and evidence.

From 1982 to 2000, David served as court-appointed counsel to the inmates of the Philadelphia Prison System in a federal class action. For 14 of those years, he negotiated, enforced and participated in the implementation of consent decrees requiring improvements in conditions of confinement. Martin Harris v. City of Philadelphia is the subject of eight opinions of the U.S. Court of Appeals for the Third Circuit.

David joined the firm in 1974, following five years as an assistant district attorney for the City of Philadelphia, the last as chief of the appeals division, and a brief stint as counsel to an ad hoc committee of the Pennsylvania House of Representatives investigating corruption in government contracting.