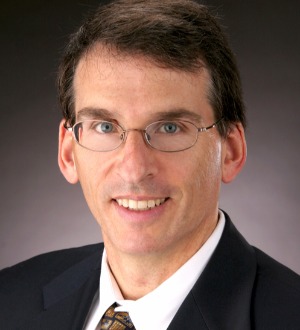 David M. Neff has a national practice encompassing both litigation and transactions. In 2012, he argued for the petitioner in front of the U.S. Supreme Court in the case of RadLAX Gateway Hotel v. Amalgamated Bank.  He also obtained a damage claim of almost $125 million for a client in the MSR Resort bankruptcy case after two trials.

He represents debtors, lenders, individual creditors, and creditors committees in all types of bankruptcies throughout the country. He is a past president of the Chicago Bar Association Bankruptcies and Reorganization Committee and has spoken often at the Norton Bankruptcy Litigation Institute and for the American Bankruptcy Institute. David has particular experience in the hotel industry, where he has represented major parties in more than 40 hotel bankruptcy cases throughout the country and many out-of-court restructurings. He also has a specialty in professional partnership dissolutions and bankruptcies and has represented five law firms in such matters. In addition, he often represents landlords in major retail bankruptcies. David also has authored law review articles on hotel bankruptcies, professional partnership bankruptcy and dissolution matters, and landlord-tenant bankruptcy issues.

In addition to his bankruptcy practice, David is one of the leading lawyers in the country in the hotel industry, representing some of the largest hotel owners, franchisees, and management companies in all types of matters, including litigation, strategic planning, acquisitions and contract negotiations and drafting. He has authored numerous articles for hotel industry publications and has spoken frequently at hotel industry conferences. Also, David is a former chairman of the International Society of Hospitality Consultants and a current member of the Hotel Development Council of the Urban Land Institute.

David has been designated an Illinois 'Super Lawyer' from 2005 through 2012 as the result of research projects conducted jointly by Law & Politics and Chicago magazines. The respected English publisher Chambers and Partners commented that he possesses "a knowledge of all of the nuances of the industry, not just of the law," and listed him in Chambers USA: America's Leading Lawyers for Business as one of the country’s leading hotel lawyers and one of Chicago’s leading bankruptcy lawyers from 2007 through 2012.