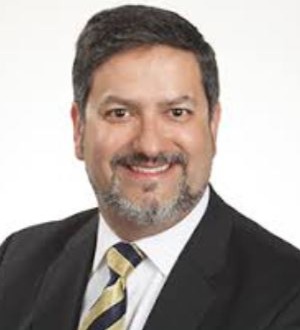 Recognized by Best Lawyers® since 2016.
912 Fort Duquesne Boulevard Pittsburgh, Pennsylvania 15222
(412) 338-4750
|
Firm: Matis Baum O'Connor
|  Website
Edit Profile
Edit Your Profile
To edit your Lawyer Directory information, please login to your
Best Lawyers® Admin Account.
If you have any questions or need assistance, please contact us at info@bestlawyers.com or 803.648.0300.
Overview
Firm

Dave Chmiel joined Matis Baum O’Connor in 2009 and focuses his practice in the defense of physicians and dentists, hospitals and long term care facilities and a host of other healthcare and medical providers, including physicians assistants, nurses, physical therapists and certified nurse anesthetists to name a few.

Mr. Chmiel pursued his undergraduate degree in political science at the University of Notre Dame in South Bend, IN. Upon graduation, he attended the University of Pittsburgh School of Law. Mr. Chmiel began his career at a small five-attorney firm in Pittsburgh where he began to develop his trial skills handling general liability cases, including motor vehicle accidents and premises liability claims, as well as medical negligence matters. Mr. Chmiel continued to pursue his interests in medical negligence defense at a significantly larger firm based out of Philadelphia, PA until arriving at MBO.

He is also a Fellow of the Academy of Trial Lawyers of Allegheny County, membership to which is extended only to litigators who have demonstrated outstanding ability and experience in their fields.