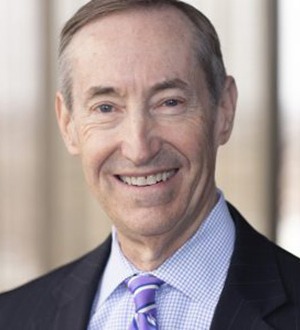 Mr. Cook concentrates his practice in the area of environmental law and litigation, specifically focusing on commercial, real estate and agribusiness matters.

Mr. Cook has significant expertise on all major federal and New York environmental laws, including environmental compliance, regulations, natural resources and environmental due diligence with respect to real property use and redevelopment. He has represented clients on both individual and joint presentation of Potentially Responsible Party (PRP) groups as common counsel. Mr. Cook has also been lead counsel in providing comments to major regulatory proposals by both the U. S. Environmental Protection Agency and New York State under the Clean Water Act and Clean Air Act.

Mr. Cook is also recognized as one of the leading agribusiness lawyers in New York State – having played an integral role in major enforcement actions brought by federal and state regulators against agriculture operators, including major dairy and other agricultural operations, throughout the Northeast.

As a litigator, he has represented clients on shareholder disputes, non-compete agreements, wage and hour claims, civil rights claims, discrimination, insurance coverage, zoning and land use, eminent domain, real estate contract disputes, title defense, toxic torts and construction. He has handled litigation in state and federal trial and appellate courts, including multiple trials to verdict, as well as in arbitrations and mediation.