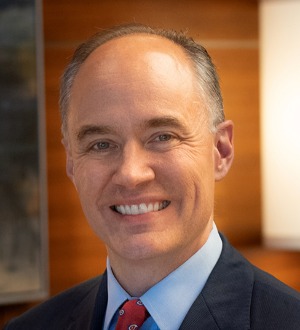 Your lawyer should know the courtroom (and, for many business disputes, full-blown arbitration hearing action) if you want to know the worth of your case. Yet many lawyers have little or no trial experience. I have that experience – in a diverse array of matters, including energy and technology, corporate fiduciary, securities, executive compensation, banking, and real estate. Nothing but trial work sharpens a lawyer’s professional judgment, handling of hard questions, or accountability to clients.

Arbitration award for patent infringement law firm. Recovered substantially all relief sought for law firm cheated out of contingent fee from settlement of patent-infringement litigation. The law firm had successfully tried to verdict and through appeal a major case for the patent holder, but the patent holder had filed a separate case against the same defendant that had sat dormant because, as we proved in the arbitration, the separate case had no merit. The patent holder negotiated a settlement with the defendant that allocated the vast majority of the proceeds to the groundless separate case. This allocation favored the patent holder because it minimized the fee otherwise payable to our client. The arbitrator agreed that the separate case had little to no value, and award our client more than $2.6 million, including attorneys’ fees, noting that “Mr. Bissinger did an excellent job for his client (as did all counsel herein) in a complex matter involving valuation of patent infringement claims and several legal theories.”

Favorable verdict for defendant accused of theft. In a highly contested and complex case involving allegations of breach of fiduciary duty, theft, and fraud, we defended a financial executive whose former employer threatened him not only with a claim that not only would have wiped out his personal fortune, but also with criminal prosecution. The employer alleged theft of cash, leading to an error-ridden forensic audit. Our probing discovery led to evidence that other senior managers participated in a variety of overrides of the company’s internal controls. After a month-long trial, the jury awarded our client more money than it awarded to his former employer. Although the jury found breach of fiduciary duty and theft occurred, they declined to find fraud. The jury also declined to find “clear and convincing” evidence of our client’s breach of fiduciary duty and theft. Moreover, the jury’s verdict included an award of punitive damages in favor of our client based on the jury’s finding that the employer had violated the Texas wiretapping statute during its poorly executed forensic audit. The jury also awarded our client actual damages based on his counterclaims for the employer’s refusal to pay deferred compensation and monies our client had loaned his employer. Although the court disregarded some of the jury’s findings, the jury sent a clear message that the employer had overreached. The jury’s verdict and court’s final judgment kept our client from any criminal prosecution, as well as the catastrophic damages (both actual and punitive) the company sought. The case ultimately settled confidentially.