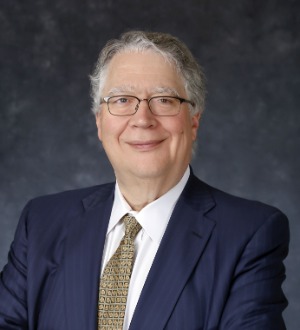 Years In Practice
Phone Number (504) 299-3570
David is the managing partner of the firm and located in the New Orleans office. David entered Tulane Law School after earning an MA in History and Economics at the Karl Eberhards Universität in Tübingen, Germany. While at Tulane, David was a member of Tulane Law Review, and graduated magna cum laude in 1982, at which point he started as an associate at Phelps Dunbar, where he remained until 1991, having become a partner in the interim. In 1991, he started his own firm, and has practiced in that capacity ever since. David’s practice has focused on commercial litigation with a strong emphasis on trial work. He has tried approximately 100 cases in his career, many of them jury trials, which he prefers. Most of these cases were complex, high-dollar and long, and distributed roughly evenly between state and federal court. David’s trial experience includes proceedings in Louisiana, Texas, Mississippi, Alabama, and California. On a substantive level, David is recognized as an expert on construction law, with a heavy emphasis on surety law. He has been listed by Chambers and Partners every year since 2011 in the “first band” of construction lawyers in Louisiana. He also has deep experience in fidelity law, including crime policies and financial institution bonds, and in complex insurance coverage. On a transactional level, David specializes in the resurrection of defaulted construction projects across the entire Southeast United States. Active in the community, David served as the Chair of the New Orleans Pro Bono project in 2005 when Hurricane Katrina devastated the City of New Orleans, and the following year. As Chair, he led the Project during a time of massive effort to address the extraordinary legal needs of the displaced poor of New Orleans. He also personally led the legal team that created the framework for the Qatar Treme Project to finance the restoration of 100 residences in the historic Treme neighborhood to stabilize that traditionally African-American neighborhood, which has been a center of culture and music in New Orleans for 200 years. David currently serves on the Board of Directors of Covenant House, a refuge for homeless youth in New Orleans and elsewhere. When not working, David likes to travel, read, cook, and spend time with his family and friends.
What legal services does this lawyer offer?
Commercial Litigation
Design Patents
Litigation - Construction
Surety
Awards