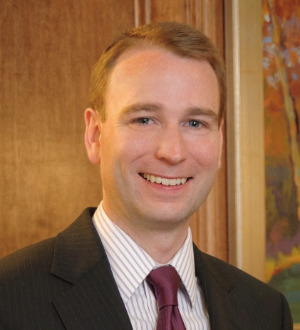 Mr. Canupp is a shareholder in the firm and an adjunct professor of employment law at the University of Alabama in Huntsville.  Mr. Canupp’s practice focuses on complex civil litigation, with an emphasis on litigation in federal court, both at the trial and appellate levels. Among other areas of practice, Mr. Canupp frequently is engaged on issues of constitutional law; voting rights, civil rights, and police liability claims; and employment litigation. A former federal law clerk, he has been recognized repeatedly by the Best Lawyers in America, Super-Lawyers.com, Martindale-Hubbell, and the International Municipal Lawyers Association for his accomplishments in the foregoing fields.

Mr. Canupp’s clientele is broad. He is panel counsel for numerous large insurance carriers. He has repeatedly represented Fortune 500 companies in disputes ranging from counterfeiting litigation to land-use litigation. He serves as outside counsel for a number of cities, counties, and other government entities and elected officials across the State of Alabama. He also represents government contractors, small businesses, and individuals. Each client captures Mr. Canupp’s attention, and each case presents a new opportunity for him to demonstrate his commitment and passion for vindicating the client’s position in a court of law.

Mr. Canupp is equally comfortable trying cases before a jury and arguing cases on appeal. At the trial level, Mr. Canupp has recently tried two federal law enforcement liability cases before a jury, and won defense verdicts for law enforcement officers in both. He has likewise successfully obtained temporary and preliminary injunctive relief for clients on emergency issues in multiple cases. On the appellate level, he has repeatedly argued cases before the U.S. Eleventh Circuit Court of Appeals and the Alabama Supreme Court, and has been tapped to serve on an appellate “rapid response team” for certain critical cases designated by a major insurance carrier.  As just one example, Mr. Canupp was retained by an insurance carrier to serve as appellate counsel after an insured had sustained an adverse judgment of nearly $5,000,000 in the trial court; Mr. Canupp presented oral argument to the Alabama Supreme Court and prevailed, wiping out the entire judgment.

Mr. Canupp recognizes that out-of-court solutions are often in the client’s best interest as well. Within the past several years, he secured a major settlement of an insurance dispute in favor of his client, a public entity. Acting on behalf of a high-level government employee who was terminated, he recently secured a settlement of an employment dispute that may be one of the largest in Alabama history.

Outside of the litigation context, Mr. Canupp provides guidance to governments in compliance with the First Amendment and collecting unpaid taxes. He assists employers in sexual harassment investigations, developing compliant employee handbooks, analyzing the proper classification of employees under the Fair Labor Standards Act. Finally, Mr. Canupp is frequently retained by both businesses and government agencies to provide guidance in complying with the accessibility requirements of the Americans With Disabilities Act (ADA).