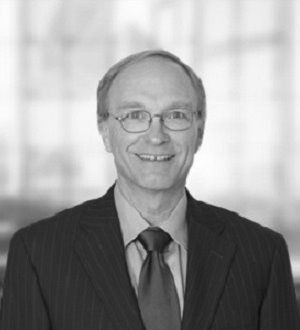 Recognized by Best Lawyers® since 2007.
65-A Atlantic Avenue Boston, Massachusetts 02110
(617) 742-6020
|
dduncan@zalkindlaw.com
Firm: Zalkind Duncan & Bernstein LLP
|  Website
Edit Profile
Edit Your Profile
To edit your Lawyer Directory information, please login to your
Best Lawyers® Admin Account.
If you have any questions or need assistance, please contact us at info@bestlawyers.com or 803.648.0300.
Overview
Firm

Mr. Duncan joined the firm in 1985, after three years practicing with a small civil firm in Philadelphia, Pennsylvania. His practice with the firm encompasses both trials and appeals, in state and federal courts. He has tried or been co-counsel on numerous major criminal cases, involving charges of murder, real estate and tax fraud, sex crimes, drug crimes, firearms crimes and perjury. He has been co-counsel in two federal cases where the trial judge granted judgments of acquittal, one judge stating he had only done so twice in his career. Mr. Duncan has also briefed and argued many appeals, both criminal and civil, and worked with his partners on briefs for two Supreme Court cases. He is on the federal Criminal Justice Act list to represent indigent criminal defendants in the District Court in Boston. He is recognized as a Criminal Defense “Super Lawyer” in Boston Magazine, listed in Best Lawyers in America, and maintains the highest possible rating by Martindale Hubbell.

Mr. Duncan also has an active practice in university discipline cases, where he advises students and faculty charged in internal proceedings. He has been successful in helping students reduce or avoid serious penalties and permanent marks on their records. In several cases neither the school nor the student recognizes the significance of disability issues that when raised have resulted in successful resolution for the student. Mr. Duncan has, for example, successfully persuaded a university to grant a new hearing to a client who had been expelled, resulting in a reduced sanction, and has used a dental student’s disability to reverse a proposed expulsion. Recently he succeeded in getting a rehearing on disability issues for an undergraduate who had been suspended for a year, and reversed expulsion of a law student. He has also persuaded one school to dismiss proceedings based on a free speech defense.

Mr. Duncan is a contributing author in Massachusetts Criminal Practice, edited by Blumenson and Leavens (now online at Suffolk Law School). He has taught in the clinical program at Suffolk University Law School, and in the Committee for Public Counsel Services’s Bar Advocacy Training Program.