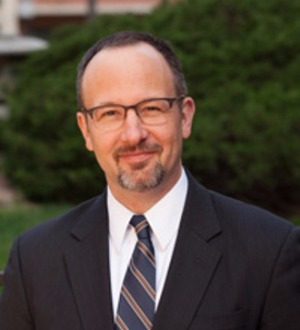 Recognized by Best Lawyers® since 2015.
1761 North Emerson Street Denver, Colorado 80218-1011
(303) 736-6650
|
Firm: Palmer Polaski P.C.
|  Website
Edit Profile
Edit Your Profile
To edit your Lawyer Directory information, please login to your
Best Lawyers® Admin Account.
If you have any questions or need assistance, please contact us at info@bestlawyers.com or 803.648.0300.
Overview
Firm

David (or Dave) has been practicing immigration law exclusively, including business, family, asylum and deportation defense, since 1999. David graduated from the University of Denver in 1998 with a law degree and a master's degree in International Studies. He has been a member of the American Immigration Lawyer's Association since 1999, served on the AILA Colorado Chapter's Executive Committee from 2004 to 2009, and was the Chapter Chair for AILA Colorado from 2007-2008.

David was named an "Up-and-Coming" lawyer by Law Week Colorado in 2007. He served as the vice chair for the government/board/bylaws working group on AILA's 2008 Strategic Planning Committee and a member of the Bylaws Committee (2008-2009). He is a member of the Colorado Bar Association, serves on the Executive Council for the Immigration Law Section (2009-11), and currently serves as the Section Chair (2009-10). He is a recipient of 1998 Public Interest Law Group Grant to clerk at the Center for Human Rights Advocacy in Boulder, Colorado. In 1995, David interned in the Human Rights Program at the Carter Center in Atlanta, Georgia, founded by former President Jimmy Carter and former First Lady Rosalynn Carter. David received his bachelor's degree in history and philosophy from Allegheny College in Pennsylvania and studied abroad in Spain and Costa Rica. David is fluent in Spanish.