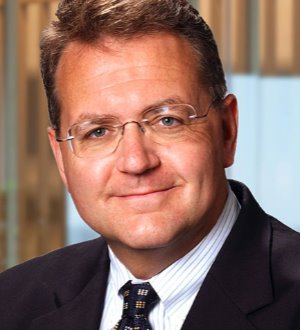 A trial lawyer, David A. Vicinanzo serves a broad array of clients—from Fortune 100 to pro bono—in New England, New York, the Washington, DC, area, and elsewhere. He practices primarily in the area of government investigations and the representation of organizations and individuals in complex civil and criminal matters.

Before joining the firm, I was a federal prosecutor in Washington, DC, and New England for thirteen years. I served in Washington, DC, as an Advisor to the U.S. Attorney General, and as Chief Prosecutor in the campaign finance investigation of the 1996 presidential election. In that position I managed a task force of approximately one hundred attorneys, agents and analysts that interviewed thousands of people, reviewed millions of documents, and obtained the convictions of more than twenty defendants, including John Huang, Yah Lin “Charlie” Trie and Maria Hsia (organizer of the Buddhist Temple matter).

I also served as Acting U.S. Attorney for the District of New Jersey (investigation of U.S. Senator Robert Torricelli), and Special Assistant U.S. Attorney in Massachusetts. In addition, I served as the First Assistant U.S. Attorney for the U.S. Attorney’s Office for the District of New Hampshire, where I managed an office of fifty lawyers, analysts and staff. In this position, I was responsible for all aspects of office management including case development, civil enforcement and criminal prosecutions, agency relations and personnel decisions as well as a substantial litigation caseload.

Previously, I spent ten years as an Assistant U.S. Attorney and five years as Criminal Division Chief. During my tenure as a prosecutor, I tried or supervised hundreds of cases, from securities fraud, FCPA violations, environmental crime and intellectual property infringement to health care fraud, child protection, asset forfeiture, government contract fraud, export violations and major racketeering. These included some of the most difficult and complex cases brought by the USDOJ in the 1990s.