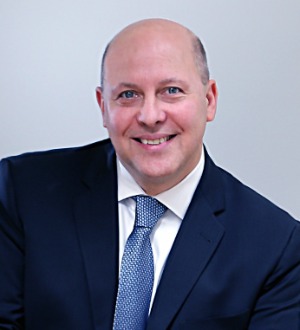 Recognized by Best Lawyers® since 2013.
1115 Broad Street Bridgeport, Connecticut 06604
(203) 368-0211
|
dball@cohenandwolf.com
Firm: Cohen and Wolf, P.C.
|  Website
Edit Profile
Edit Your Profile
To edit your Lawyer Directory information, please login to your
Best Lawyers® Admin Account.
If you have any questions or need assistance, please contact us at info@bestlawyers.com or 803.648.0300.
Overview
Firm

Active in the community, Mr. Ball serves on the regional board and executive committee of the Connecticut chapter of the Anti-Defamation League, and serves as vice-chair of the Connecticut Civil Rights Committee. He is also an associate national director and serves on the national ADL Civil Rights Committee. In 2007, Mr. Ball received ADL's prestigious Daniel R. Ginsberg Leadership Award at the ADL national leadership conference in Washington D.C. In 2013, he and his wife, Bonnie Slyn, were recognized with the ADL's Distinguished Community Leadership Award.

Mr. Ball is also active with the Jewish Center for Community Services of Eastern Fairfield County, previously serving on its Board of Directors and chairing the Community Relations Commission and the Allocations Committee. Mr. Ball has moderated several debates among political candidates prior to local, state and federal elections.