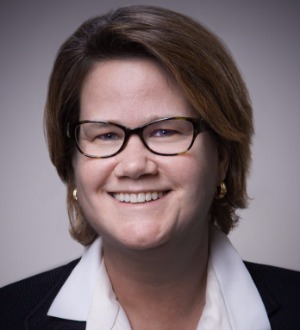 DARNLEY D. STEWART is Counsel at Outten & Golden LLP, in the New York office, after retiring as a partner in July 2018. She represents employees in litigation and negotiation in all areas of employment law, including executive and professional contracts and compensation, whistleblowing, discrimination based on disability, race, gender and pregnancy, and discrimination class actions.

Before joining the firm, Ms. Stewart was a partner at Bernstein Litowitz Berger & Grossmann LLP (1999 - 2007) and a named partner at Giskan Solotaroff Anderson & Stewart LLP (2008 - 2015). She was the first female President of the Executive Board of the New York affiliate of the National Employment Lawyers Association (“NELA/NY”) and served in that capacity between 2008 and 2014. She is also the Vice-President of the Board of Workplace Fairness and serves on the Advisory Board of New York University’s Center for Labor and Employment Law.

Ms. Stewart has had substantial success in the courtroom prosecuting class and individual discrimination claims. Most recently, she served as co-lead trial counsel in a case entitled Strauch et al v. Computer Sciences Corporation (“CSC”), a class action filed on behalf of 1000 technology support workers.  On December 21, 2017, after two weeks of trial, the jury returned a verdict in favor of the plaintiffs, finding that CSC had wrongly and willfully denied the employees overtime pay.  In 2011, she obtained a plaintiff’s verdict at trial in two different cases. In the first, Castro v. City of New York, et al, Ms. Stewart was lead trial counsel in an individual retaliation case brought against the City of New York, which resulted in a plaintiff’s verdict of $400,000, including punitive damages of $50,000 against each of the two named defendants. In McMillan v. Millennium Broadway Hotel, an individual race discrimination case, Ms. Stewart obtained a plaintiff’s verdict of $1.125 million, including a punitive damages award of $1 million.

Ms. Stewart has also prosecuted class action impact cases against several large companies, including Ford Motor Company, Gerber, Coastal Corporation, First Union Bank, National Car Rental, General Motors, Nissan, Toyota, and Bank of America. In connection with her work on Coleman, et al. v. General Motors Acceptance Corporation , Ms. Stewart was named as a finalist for "Trial Lawyer of the Year" in 2004 by the Trial Lawyers for Public Justice. She has also been named as one of the leading 500 plaintiffs' lawyers in the country and one of America's top 1000 litigators by Lawdragon magazine. In addition, Ms. Stewart was selected for inclusion in several lists including: New York Super Lawyers for 2006 - 2017, one of the New York Area's Best Lawyers for 2011 - 2018, and a Best Lawyer in America for 2009-2019. Ms. Stewart was named Best Lawyers "Lawyer of the year" in 2013 and 2018 for Employment Law - Individuals.

Ms. Stewart received her B.A. from Princeton University in 1984 and her J.D. from Northeastern University School of Law in 1990. After law school, Ms. Stewart clerked for the Hon. R. Ammi Cutter and the Hon. Mel L. Greenberg on the Massachusetts Court of Appeals.