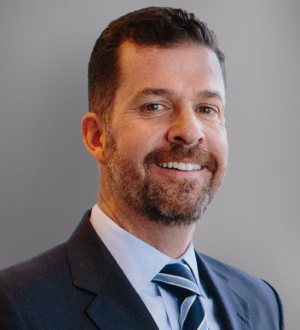 Daniel P. O’Toole is an award-winning trial attorney known for his record-breaking results in some of the toughest personal injury cases in New York, including verdicts of $110 million, $32 million, $30 million, and $20 million among others. In 2017, Mr. O’Toole obtained the highest mediated settlement that year ($12 million for a construction worker) and the second highest overall settlement in all of New York State ($13.5 million for car accident victim). Most recently, he obtained a $110,174,972.38 jury verdict for a cyclist paralyzed by a falling railroad tie during subway maintenance. The result is believed to be the largest non-medical malpractice verdict in New York State.

As Partner at the Manhattan-based personal injury law firm Block O’Toole & Murphy, Mr. O’Toole focuses his legal practice on representing the rights of accident victims in cases of:

Named as one of the top 100 trial lawyers in the country from 2009 through 2018 by the American Trial Lawyers Association, Mr. O’Toole is the lead attorney in some of the most significant accident cases in New York, securing more than $350,000,000 in verdicts and settlements for his clients in the last six years alone. He is honored by numerous organizations including Best Lawyers, US News, Super Lawyers, and the Brehon Law Society in New York.

Mr. O’Toole is a fierce advocate for the legal rights of injury victims and has written thought leadership articles for the legal publications such as the New York Law Journal. He is active in the New York State Trial Lawyers Association where he served as the Co-Chairman of the association’s Labor Law Committee for over a decade.

Additionally, Mr. O’Toole is committed to charitable organizations within his community as an active supporter of St. Jude Children’s Hospital, the Connecticut Center for Child Development and the Institute of Education Achievement. He demonstrates the highest commitment to continuing education, providing scholarships to students throughout New Jersey. A graduate of Fordham Law School, he and his wife have also endowed a need-based scholarship at Fordham Law in thanksgiving for all that Fordham helped him achieve.

He is admitted to both New York and New Jersey bars.