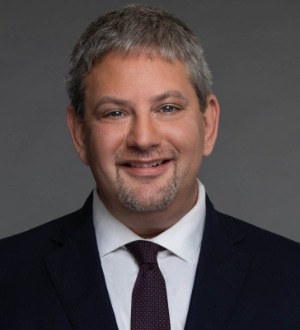 Recognized by Best Lawyers® since 2010.
525 William Penn Place, Suite 3501 Pittsburgh, Pennsylvania 15219
(412) 471-9000
|
Firm: Pollock Begg
|  Website
Edit Profile
Edit Your Profile
To edit your Lawyer Directory information, please login to your
Best Lawyers® Admin Account.
If you have any questions or need assistance, please contact us at info@bestlawyers.com or 803.648.0300.
Overview
Firm

Dan is honored to have been voted the 2022 Pittsburgh "Lawyer of the Year" for family law in the Best Lawyers in American peer review process.

Dan focuses on cases that require business valuation and multiple experts. His accounting background enables him to read and interpret financial statements and tax returns easily. His ability to think on his feet and perform quick mental calculations gives him an edge in litigating complex cases. It also enables him to consult with clients early in the case and let them know what to expect, which path to follow and what goals they can expect to achieve. Dan has negotiated and litigated hundreds of custody matters and draws on that experience, as well as his personal experience raising his own children, to come to practical solutions in cases. He has briefed and argued numerous appeals in the state appellate courts. Dan also has experience as a business litigator and has dealt with a wide variety of issues in state and federal courts and administrative tribunals. Dan has authored and co-authored various publications and seminar materials on domestic relations law (including tax aspects), ethics, evidence and tax law, and he has been a featured speaker at various seminars and continuing legal education programs including bar association seminars in Pittsburgh, Vancouver, Boston, Bermuda, Toronto, Tampa and Harrisburg.

Dan is admitted to practice law in all Pennsylvania State courts and the United States District Court for the Western District of Pennsylvania.