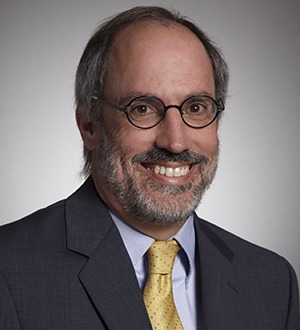 Recognized by Best Lawyers® since 2013.
707 Wilshire Boulevard Los Angeles, California 90017-3543
(213) 892-5200
|
Firm: Morrison & Foerster
|  Website
Edit Profile
Edit Your Profile
To edit your Lawyer Directory information, please login to your
Best Lawyers® Admin Account.
If you have any questions or need assistance, please contact us at info@bestlawyers.com or 803.648.0300.
Overview
Firm

Mr. Marmalefsky's criminal practice frequently overlaps with civil matters. He has simultaneously defended clients targeted by state and federal law enforcement agencies in parallel civil litigation and in regulatory proceedings before such agencies as the SEC, state insurance departments and attorneys general, and other agencies.

Mr. Marmalefsky is frequently retained as appellate counsel in significant civil and criminal matters. Issues he has argued in recent years include such diverse matters as whether a representative ERISA action for breach of fiduciary duty can be prosecuted pro se, whether California Proposition 64 should be given retroactive effect, whether the internal affairs doctrine required a California Court to apply the law of the British Virgin Islands in a shareholder derivative action, and the proper scope of a criminal restitution order.

Mr. Marmalefsky regularly handles pro bono matters and has been recognized by the American Civil Liberties Union (ACLU) and California Lawyer for his ongoing commitment to pro bono representation. He has worked with the ACLU and the National Association of Criminal Defense Lawyers in criminal law cases before the United States Supreme Court, and with the ACLU in a Freedom of Information Act lawsuit concerning FBI surveillance of former-Beatle John Lennon and in separate class action lawsuits concerning rights of the homeless and the right of high school students to a free public education.

At Yale Law School, Mr. Marmalefsky was awarded the C. Larue Munson award for excellence in the representation of numerous individuals through Yale's Legal Services Organization.

Following graduation, Mr. Marmalefsky worked with a private, non-profit criminal defense organization in San Diego before joining Hufstedler, Miller, Carlson & Beardsley in 1982, where he became a partner in 1986. He joined Morrison & Foerster as a partner in 1995.

Mr. Marmalefsky is recommended as a leading lawyer by Best Lawyers in America since 2013, and Super Lawyers 2006-2015.

The following are some representative matters:

Defense of former officers and directors in pending and threatened litigation by the FDIC, as receiver for various financial institutions that failed during the past few years, alleging breaches of fiduciary duty, gross negligence and other misconduct.

Representation of companies investigated for alleged submission of false claims for payment to government agencies.

Representation of manufacturer in consumer class actions, shareholder derivative and securities class actions, and regulatory inquiries concerning marketing and labeling of its products.

Representation of numerous companies sued in putative class actions for alleged violation of the TCPA.

(C.D. Cal.)  Represented LJ International, Inc., a Hong Kong-based jewelry manufacturer, and certain of its officers in a securities class action filed in the Central District of California and two related derivative actions filed in the Superior Court of Los Angeles. One of the derivative actions was dismissed on defendants' motion, and the decision was upheld in the Court of Appeal. Following the Appellate Court’s decision, the other derivative action was dismissed a few months later. The securities class action was settled on favorable terms for our client. (2009)

(C.D. Cal.) Defended a medical device manufacturer in proceedings commenced by the DOJ, SEC, and Dept. of Labor and in derivative and securities litigation commenced following public disclosure of inaccurate financial reporting. Negotiated a non-prosecution agreement with the DOJ and a consent decree with the SEC, and settled private litigation on favorable terms. (2004)

249 F.3d 1010 (D.C. Cir.); 107 F. Supp. 2d 29 (D.D.C.) Lead defense in trial court, and obtained rare dismissal based on statute of limitations, on behalf of the China program director of McDonnell Douglas, who was charged with criminal conspiracy to violate export laws in connection with the shipment of aircraft machining tools to China. (2000, 2001)

(Orange County Super. Ct.) Represented Merrill Lynch in criminal investigation following Orange County bankruptcy. No charges were filed and the matter was resolved with a civil settlement. Also defended applications for unsealing of grand jury materials following the conclusion of the investigation.