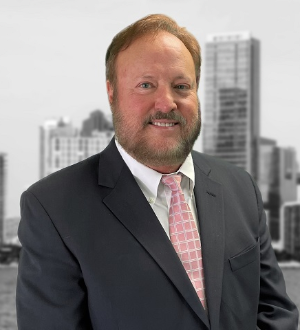 Phone Number (305) 539-0909
Mr. Hightower has been a trial lawyer for 35 years and has tried over 200 jury trials all over the state with a 80% success rate. He has been selected for inclusion in the 2018 edition of The Best Lawyers in America® for the sixth year in a row, and the 2018 Edition of U.S. News – Best Lawyers® "Best Law Firms" for Personal Injury Litigation—Defense in the Metropolitan Tier 3. Dale has also been named a “Top Lawyer” by the Florida Legal Guide from 2002 to 2011. Also this year, Dale received the highest possible rating from Martindale-Hubbell® while maintaining the AV Preeminent™ rating since first achieving it in 1994. In addition, he has been a Florida Super Lawyer® in 2006 and 2014-2017, which recognizes outstanding lawyers from more than 70 practice areas who have attained a high-degree of peer recognition and professional achievement. Dale keeps a pulse on the legal community and is active in various organizations. He has served on the Board of Directors of the Dade County Bar, and also served as the Bar’s Public Relations Director. At one time, he hosted a legal television show entitled “In the Public Interest”. In addition, he has been recognized as an expert litigator, and because of this, has been invited to speak at numerous legal seminars. Over the past 30 years, Dale has given numerous speeches at various organizations on topics ranging from discovery techniques to closing arguments. Dale is an active member of the American Trucking Association (ATA), Construction Association of South Florida (CASF), Dade County Bar Association, Florida Defense Lawyers Association, Florida Restaurant and Lodging Association (FRLA), Florida Retail Federation (FRF), Florida Trucking Association (FTA), Litigation Counsel of America (LCA), Risk and Insurance Management Society, South Florida Claim Association, U.S. District Court for Southern and Middle Districts of Florida, The State of New York Claim Association, The Transportation Lawyers Association (TLA), Trucking Law Committee of the Defense Research Institute (DRI), United States Supreme Court, and Windstorm Insurance Network. At Cumberland Law School in Alabama, Dale was elected Florida Student Bar President and participated each year in the school's mock trial competitions. Due to his accomplishments and community involvement, the United States Jaycees named him one of the "Outstanding Young Men” in America. As for personal background, Dale was born in Lakeland, Florida and lived there until graduating from college. As a youth he attained the rank of Eagle Scout from the Boy Scouts of America and while attending Lakeland High School, he was elected Senior Class President. Dale was elected to the Board of Directors for the Delray Beach National Little League and is also head basketball coach for Upward Sports—Basketball. Dale enjoys the balmy weather in South Florida while sport fishing and scuba diving. He exercises his writing skills by drafting short stories. One of his short stories entitled “RoboLawyer” was published in the Florida Bar Journal. He also enjoys spending time on the family boat “Good ole Days” with his wife Anna, and two children, Van and Lana.
What legal services does this lawyer offer?
Litigation - Insurance
Insurance Law
Mass Tort Litigation / Class Actions - Defendants
Personal Injury Litigation - Defendants
Leisure and Hospitality Law
Transportation Law
What is the scope of this lawyer's practice?
Litigation - Insurance - 40%
Insurance Law - 20%
Mass Tort Litigation / Class Actions - Defendants - 15%
Personal Injury Litigation - Defendants - 15%
Leisure and Hospitality Law - 10%
Transportation Law
How is this lawyer compensated?
Hourly
This lawyer is compensated by clients, often based on an hourly fee.
Bar Admissions
Florida
Admitted in 1983
Awards
Contact Details and Office Locations
Office: (305) 539-0909
4770 Biscayne Boulevard, Suite 1200
Miami, Florida 33137
Miami, Florida 33137
See Location