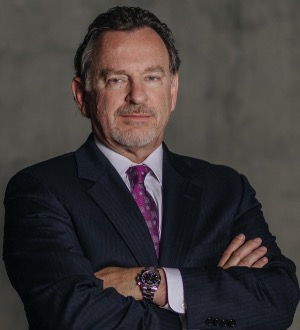 Recognized by Best Lawyers® since 2022.
11811 North Tatum Boulevard, Suite 3031 Phoenix, Arizona 85028
(480) 656-7301
|
Firm: Orent Law
|  Website
Edit Profile
Edit Your Profile
To edit your Lawyer Directory information, please login to your
Best Lawyers® Admin Account.
If you have any questions or need assistance, please contact us at info@bestlawyers.com or 803.648.0300.
Overview
Firm

The founder of Orent Law Offices, PLC, Craig Orent devotes his entire practice to criminal defense matters. He represents clients in the greater metropolitan Phoenix area and throughout and beyond Arizona. Mr. Orent has been certified as a specialist in criminal law by the Board of Legal Specialization of the State Bar of Arizona, and he has been admitted to practice in Arizona since 1994. He is also admitted to practice in California and Massachusetts and before various federal courts, including the U.S. Court of Appeals for the 9th Circuit. Mr. Orent provides aggressive and effective representation to people who have been charged by the state or federal government with having committed felonies or misdemeanors. His cases have included drug possession and trafficking, robbery, homicide, driving under the influence of alcohol, weapons offenses, embezzlement, racketeering, sex offenses, assault, and arson, among many other types of charges. Mr. Orent has been able to help his clients be acquitted or see their charges reduced or dismissed, and his successful track record has earned him a great deal of acclaim from his colleagues, including an AV Preeminent* peer review rating through Martindale-Hubbell and a 10.0 “Superb” peer review rating through Avvo. Mr. Orent has also been named to Super Lawyers, The National Trial Lawyers: Top 100, and his other honors include recognition from the National Academy of Criminal Defense Attorneys and the invitation-only American Society of Legal Advocates.

How to Find a Good Criminal Defense Attorney

What Happens When You’re Charged with Domestic Violence in Arizona?

How to Find a Good Criminal Defense Lawyer in Phoenix, AZ

An Overview of White Collar Crime

What Conditions Is Medical Marijuana Being Used To Treat?

5 Steps To Finding The Best Career For You

Guide: How To Become A Freelance Lawyer

The Most Common Reasons Why People Get Arrested

Meet the Most Influential American Activists of Today

How to Prevent Your Child Getting Into Trouble With The Law

6 Signs You Should Fire Your Lawyer

4 Animals You Can Legally Hunt in Arizona