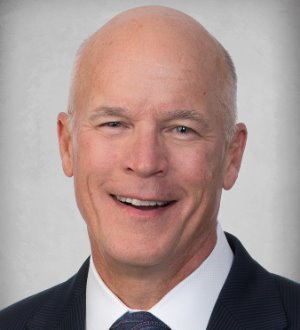 Craig H. Lubben is a Member of the firm and has been practicing law since 1981.  Mr. Lubben’s practice is focused on representing business entities, executives, medical professionals, and other individuals in commercial disputes in state and federal court and in various alternative dispute forums.

Mr. Lubben possesses extensive experience representing employers in complex workforce controversies, including harassment, discrimination, breach of fiduciary duty, and tortious interference claims.  He has represented employers in these types of cases, including one matter involving a wrongful discharge claim from a physician who suffered from depression and another involving a claim of sexual harassment by a female production employee in a steel manufacturing plant.

In addition to employment related disputes, Mr. Lubben represents business owners and principals in a wide range of commercial disputes.  He has significant experience handling complex contractual, shareholder, medical practice, and environmental-related matters.  In one case, he represented the majority shareholder in a dispute over the acquisition of minority shareholder interests in a radio station.  In another case, his counsel was sought by a golf course owner when state and county officials filed suit alleging environmental contamination after soil eroded into Lake Michigan during construction of the golf course.  In addition to trial work, Mr. Lubben has an extensive alternative dispute resolution practice.  He has represented a number of clients in commercial arbitrations, including a majority shareholder’ acquisition of a minority shareholder’ interests, and a software developer’ defense of a breach of contract dispute.

Mr. Lubben has been appointed by the Michigan Supreme Court to serve on the Attorney Discipline Board for a second three year term beginning October 1, 2011 and will serve as its Vice-Chairperson for the final year of his term.  He is involved in several professional associations, including the American Bar Association, State Bar of Michigan and Kalamazoo County Bar Association.  Mr. Lubben currently serves on the State Bar of Michigan’s Board of Commissioners, and is a former member of the State Bar of Michigan Representative Assembly.  In addition, he is a member of the Federal Bar Association, where he served as a trial advocacy instructor as well as a member of the Hillman Advocacy Program Steering Committee.  Mr. Lubben also served on the Civil Justice Advisory Committee for the U.S. District Court for the Western District of Michigan.  Additionally, he is a Past President of the Kalamazoo County Bar Association.  He also served on the on the firm’s Management Committee.

Mr. Lubben was named as Best Lawyers Kalamazoo Litigation – Labor and Employment Lawyer of the Year in 2016 and 2014. He was also named a “Leaders in the Law 2012” by Michigan Lawyers Weekly based on criteria such as exemplify the noble tradition of the legal profession, and inspire and lead others with their skill and character. Mr. Lubben is a Fellow of two distinguished law-related organizations: the American Bar Foundation and the Michigan State Bar Foundation.  He is listed in “The Best Lawyers in America®” for Commercial Litigation, Ethics and Professional Responsibility Law, Litigation – Antitrust, Litigation – Labor & Employment, Litigation – Mergers and Acquisitions, Litigation – Real Estate, Personal Injury Litigation – Defendants, and Product Liability Litigation – Defendants.  Mr. Lubben is recognized as a Michigan “Super Lawyer” for business litigation and was on the Top 100 Michigan Super Lawyers list.  In 2009, he received the NALS Foundation’s esteemed Scales of Justice Award.  In 2010, he was the recipient of the firm’s Cummiskey Spirit of Service Award recognizing his significant and outstanding contributions to the community through volunteering.