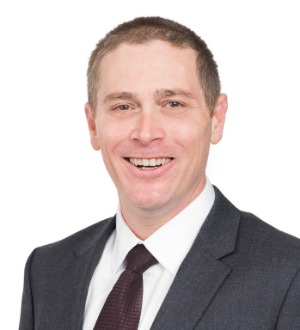 Recognized by Best Lawyers® since 2016.
21650 Oxnard Street, Suite 500 Woodland Hills, California 91367
(818) 827-9000
|
Firm: BG Law
|  Website
Edit Profile
Edit Your Profile
To edit your Lawyer Directory information, please login to your
Best Lawyers® Admin Account.
If you have any questions or need assistance, please contact us at info@bestlawyers.com or 803.648.0300.
Overview
Firm

Corey is a litigator in bankruptcy, business and commercial litigation and represents bankruptcy trustees, receivers, creditors, assignees for the benefit of creditors, and municipalities in bankruptcy proceedings, and in federal and state court litigation. He frequently litigates fraudulent transfer (voidable transfer) actions, including in Ponzi scheme cases, and litigates breach of fiduciary duty and malpractice claims.

Corey was appointed by the United States District Court for the Central District of California to serve as a Central District of California Lawyer Representative to the Ninth Circuit Judicial Conference for a 3-year term (2016-2019). The Ninth Circuit Judicial Conference is held pursuant to 28 U.S.C. Section 333, which permits each circuit to hold a conference “for the purpose of considering the business of the courts and advising means of improving the administration of justice within such circuit.” In addition to the active circuit, district, magistrate, and bankruptcy judges, Section 333 provides for the “representation and active participation at such conference by members of the bar of such circuit.” Corey has served as a Lawyer Representative co-coordinator for the Ninth Circuit Civics Contest for the Central District of California in 2017 and 2018. The Ninth Circuit Civics Contest focuses on a different topic each year, offering a unique way to add to high school students’ knowledge and understanding of the Constitution, individual rights and government powers, and the important role of courts.