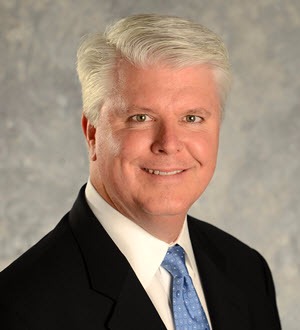 Mr. Bailey was recognized as “Appellate Lawyer of the Week” by Texas Lawyer newspaper for his work as lead appellate counsel in a case before the 5th U.S. Circuit Court of Appeals. Most recently, Mr. Bailey was named to the 2021 Texas Super Lawyers listing, Texas Trailblazers 2019 by Texas Lawyer, The Best Lawyers in America 2022, Benchmark Litigation 2021, The National Law Journal’s Elite Boutique Trailblazers list and to The National Trial Lawyers’ Top 100 civil plaintiff lawyers in Texas.

Bailey Brauer is ranked among the Best Law Firms in 2021 by U.S. News and Best Lawyers.

JBS USA Wins Ruling to Allow Improvements at Kentucky Pork Processing Plant: JBS USA and Swift Pork Co. won a ruling that allows the company to make a series of major improvements at the JBS Louisville Pork Plant in the Butchertown area of Louisville, Kentucky. The judge’s April 7, 2015, order clears the way for JBS to complete work on a set of improvements aimed at upgrading the appearance of the plant as well as reducing the plant’s impact on the surrounding neighborhood. The improvements include an enclosed chute for processing animals, a covered outdoor employee break area, a decorative fence in front of the facility, and a small expansion of the plant’s processing area. Clayton Bailey briefed and argued JBS’ case before the court.

JBS USA Wins Dismissal of Complaint against Kentucky Pork Processor: JBS USA LLC and Swift Pork Co. on March 2, 2015, won the dismissal of a complaint filed over JBS Louisville Pork Plant’s use of a parking lot near the processing plant in the Butchertown area of Louisville, Kentucky. The suit by Butchertown Neighborhood Association Inc. (BNA) and individual area residents was filed in 2006 against Swift and the Louisville/Jefferson County Metro Government, which leased the parking lot to Swift. The company used the lot as a staging area for trucks awaiting pickup by grocery stores and other buyers of Swift brand processed pork. Neighbors complained about noise and diesel emissions from truck engines, among other issues. Mr. Bailey briefed the court and represented JBS along with attorneys from the Louisville office of Frost Brown Todd LLP.

Bailey Brauer Attorneys Defeat TracFone Injunction with Only 7 Days to Prepare: Attorneys from Bailey Brauer defeated a motion by TracFone Wireless Inc. to enforce an injunction filed against two mobile phone resellers. Mr. Bailey, partner Alex Brauer and of counsel Ben Stewart were hired the day before Thanksgiving and took the case to trial only a week later. TracFone Wireless Inc. v. Vicki S. Brooks and Mohamed A. Mohamed was originally filed in 2008 in the U.S. District Court for the Northern District of Texas in Dallas. In the lawsuit, TracFone claimed that Ms. Brooks and Mr. Mohamed bought TracFone mobile phones in bulk, unlocked them to alter the software code so that other providers’ airtime could be loaded onto the phones, and then resold them. A default judgment was entered in September 2008 against the two defendants, along with an injunction prohibiting them from buying any TracFone products in the future. The Bailey Brauer attorneys proved to the court that their clients did not know that the phones they purchased – which were marketed under the Straight Talk Wireless brand – were affiliated with TracFone and off-limits under terms of the injunction. On Dec. 16, 2014, U.S. Magistrate Judge Renée Harris Toliver issued a 15-page order, ruling that, among other things, TracFone’s injunction was “overbroad because, as Defendants note, they would be precluded from going to Verizon, AT&T, Virgin Mobile, or any of TracFone’s other competitors and purchasing any model of phone that TracFone … also happen[s] to sell.”