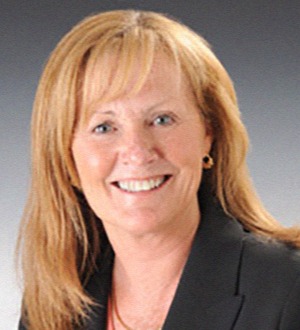 Claudia A. Ryan is a founding partner and President of Towne, Ryan & Partners, P.C. – the largest New York State certified Women-owned Business Enterprise (WBE) law firm in Upstate New York.  As a practicing attorney for nearly 35 years, Ms. Ryan has established a reputation of success as a trial attorney and concentrates her legal practice in the areas of insurance defense, including premises liability and products liability; defense of municipalities and school districts; and employment and civil rights matters.  She is recognized across New York State and the region as a leader in the employment practices field and enjoys a long established reputation for success across a broad client base which includes several municipalities, school districts, automobile dealerships and other employers, large and small.

Ms. Ryan uses her extensive experience providing defense to both self-insureds and as approved counsel for many insurance carriers, including NYSIR, NYMIR and Zurich.  She has defended municipalities against 1st Amendment claims, employment discrimination claims, Article 78 claims, federal discrimination claims, and excessive force claims. Ms. Ryan’s rich background in labor law began when she represented the interests of major unions in the 1980s and then later and ever since when she represented management.  Ms. Ryan excels in her representation of school districts and municipalities on not only liability issues, but also in employment issues and defense of federal civil rights claims and related matters.  She has conducted negotiations, PERB hearings, and dozens of disciplinary matters and arbitrations.

Ms. Ryan devotes a large part of her practice to employment law and has conducted training sessions across the state on preventing harassment in the workplace, as well as other related employment issues.  She has also developed training materials on employment issues for public and private sector employers, both large and small, including several municipalities, school districts, automobile dealerships, among others.  Ms. Ryan has been frequently called upon by a wide variety of national trade associations and industry groups to present employment and labor and civil rights topics, a reflection of the high regard which her colleagues and various trade organizations have for her legal prowess.