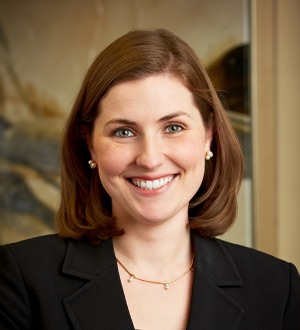 For the past decade, Ms. Henry has been involved in dozens of patent trials. Her trial experience includes jury selection, opening and closing statements, and direct and cross examinations of expert and fact witnesses. That experience has earned her recognition as a Texas Super Lawyers Rising Star from 2012 to 2019. She was also named among the Top 100 Up-and-Coming Attorneys in Texas as well as the Top 50 Up-and-Coming Females in Texas in 2018 and 2019.

A native of Longview, Texas, Ms. Henry believes in serving her community and has been on numerous boards, including the Board of Directors of the Longview Economic Development Corporation, Newgate Homeless Mission, ArtsView Children’s Theatre, The Longview Museum of Fine Arts, and the Johnson Foundation.  Ms. Henry attends First United Methodist Church in Longview, where she serves on the Board of Trustees.  While attending law school, Ms. Henry volunteered as a sexual assault counselor and victim’s advocate.