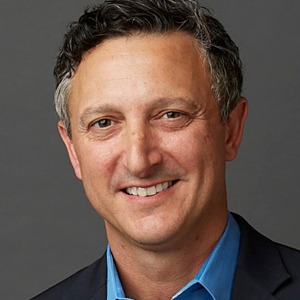 Christopher V. Carani is a Shareholder at McAndrews and has been at the firm since 1995. He practices in all areas of intellectual property law with a particular emphasis on design law.

Chris has extensive experience litigating design patent cases, including representations before U.S. district courts, the Federal Circuit, the U.S. Supreme Court and the International Trade Commission. In 2019, Chris was named to the IAM Strategy 300: The World’s Leading IP Strategists list, with IAM magazine noting that he is “one of the world’s leading design patent strategists.” In 2015, IAM magazine first included Chris in its IAM Patent 1000, referring to him as one of the U.S.’s “pre-eminent design law experts.” In the 2016, IAM Magazine noted that he “is one of the nation’s top design patent specialists.

”Chris has extensive experience in creating valuable design right portfolios. He represents some of the world’s most design-centric companies, including the top filer of U.S. design patents. He has procured thousands of strategic design rights, both in the U.S and in over 70 countries around the world. He counsels a wide range of clients (big and small) on design protection and enforcement issues and is often called upon to render infringement, validity and design-around opinions.

In the landmark design patent case Egyptian Goddess v. Swisa, Chris authored amicus briefs on behalf of the American Intellectual Property Law Association at both the petition and en banc stages, taking positions which were ultimately adopted by the Federal Circuit and thereby reshaped U.S. design patent jurisprudence. In Calmar, Inc. v. Arminak & Assoc., Chris authored a brief on behalf of the Industrial Design Society of America in support of a petition for writ of certiorari to the U.S. Supreme Court.

The world of real money? Emotions connected with bookmaking risk? Yes, it’s a real world, available without leaving home. Just boot up your computer, tablet or even your phone and it is available waiting for your move. Real money online casinos are available 24 hours a day. Living in the 21st century has its advantages. Casino atmosphere, betting excitement, unlimited possibilities to test your skills in card games or roulette. All this and more you will find in our guide. With players in mind real money casinos offer various bonuses and promotions. However for some players the real money they can get from the casino is by far the best motivator to continue playing online. Experienced players may use it to extend their game play or to increase their chances of winning the game of their choice.

Prior to joining McAndrews, Chris served as a law clerk to the Honorable Rebecca R. Pallmeyer of  the U.S. District Court for the Northern District of Illinois. Chris received his Juris Doctorate from The University of Chicago Law School. He also holds a Bachelor of Science in Engineering from Marquette University.

He is licensed to practice before the U.S. Supreme Court, the U.S. Federal Circuit Court of Appeals and other U.S. District Courts. He is a registered patent attorney licensed to practice before the United States Patent and Trademark Office. Chris has received numerous awards and accolades, including IAM Patent 1000 (2015-2019), Super Lawyers (2007-2019), IP Stars (2018-2019) and Leading Lawyers Network (2012-2019). In 2018, Chris was named one of the “Top 100” attorneys in Illinois by Thomson Reuters in its Super Lawyers publication.

He has published and lectured extensively on the topic of design law, including presentations at the United States Patent and Trademark Office (Washington D.C.), the World Intellectual Property Organization (Geneva, Switzerland), the Korean Patent Office (Daejeon, Korea), the Chinese Patent Office (Beijing, China) and the European Union’s Office of Harmonization of the Internal Markets (Alicante, Spain). Chris is the author and editor-in-chief of the book “Design Rights: Functionality and Scope of Protection,” which was published in September 2017 by Wolters Kluwer N.V.

He is a frequent contributor to CNN and Bloomberg TV on intellectual property law issues, and often is called upon to provide commentary for other media outlets, including The New York Times, The Wall Street Journal, NPR, PBS TV, CNBC TV, BBC, Reuters, InformationWeek, Fast Company, ComputerWorld, PCWorld, The Washington Post, The L.A. Times, The Chicago Tribune, Forbes, Fortune, and FoxBusiness TV. Away from the law, Chris is a studied jazz musician playing upright bass on the Chicago jazz circuit.