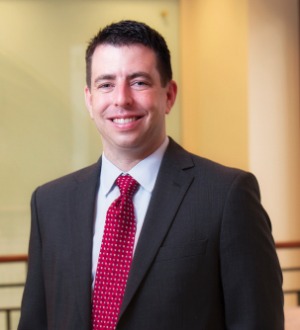 Recognized by Best Lawyers® since 2018.
One South at the Plaza, Suite 4000, 101 South Tryon Street Charlotte, North Carolina 28280-4000
(704) 444-1000
|
christopher.douglas@alston.com
Firm: Alston & Bird LLP
|  Website
Edit Profile
Edit Your Profile
To edit your Lawyer Directory information, please login to your
Best Lawyers® Admin Account.
If you have any questions or need assistance, please contact us at info@bestlawyers.com or 803.648.0300.
Overview
Firm

Chris Douglas is active in Alston & Bird’s pre-grant and post-grant patent practice areas. Chris represents both petitioners and patent owners in post-grant proceedings and is recognized as one of the more active post-grant practitioners nationwide. Chris remains one of the few practitioners to tout confirmation of all claims in an inter partes review in a final written decision on behalf of a patent owner. In addition, he maintains a robust pre-grant patent prosecution practice. His familiarity with both pre-grant and post-grant proceedings informs his ability to counsel and secure foreign and domestic patent rights for his clients.

Chris served as an officer in both armor and cavalry units in the United States Army and is a veteran of Operation Iraqi Freedom.