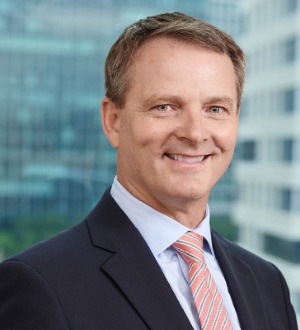 Christopher McLoon advises clients in structuring business transactions to achieve optimal business and tax results. He strives to clearly and simply communicate solutions to complex issues, sensitive to the fact that few love tax law and policy as much as he does.

And he does love tax law and policy. After earning his JD, he earned an LL.M in tax law from New York University School of Law. He also earned awards and assignments from the ABA Tax Section, including a John S. Nolan Fellowship, the Chair on the subcommittee on partnership terminations, mergers, and divisions, and principal drafting responsibility for comments to the Treasury Department on the taxation of assets-over partnership mergers. He also joined the faculty at the University of Maine Law School as an adjunct professor in Partnership Taxation.

He has applied his understanding of tax law and policy to transactions involving small start-ups as well as those involving investments of hundreds of millions of dollars. These transactions span several industries, including timber, renewable energy, and real estate investment and development. He has assisted several funds, structuring investments to accommodate tax-exempt and foreign investors. Christopher also has rich experience structuring transactions to enable investors to benefit from incentives such as tax credits for investments in renewable energy, historic rehabilitation, low-income housing, and economically distressed communities. Finally, he has significant experience in structuring cross-border transactions.

Christopher has earned the respect and appreciation of peers and clients. He has been recognized by several third-party attorney ranking organizations for his skill in tax law and business law.

While these accolades are a nice pat on the back, nothing satisfies Christopher more than knowing that he’s considered by a client as part of the team working toward an optimal business result.