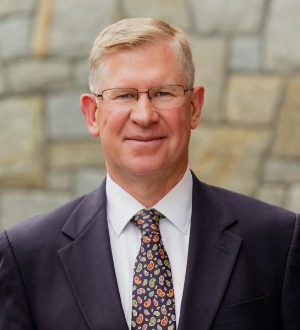 Recognized by Best Lawyers® since 2010.
75 Broad Street Milford, Connecticut 06460
(203) 783-1200
|
chodgson@berchemmoses.com
Firm: Berchem Moses PC
|  Website
Edit Profile
Edit Your Profile
To edit your Lawyer Directory information, please login to your
Best Lawyers® Admin Account.
If you have any questions or need assistance, please contact us at info@bestlawyers.com or 803.648.0300.
Overview
Firm

Christopher M. Hodgson is a Senior Partner in the firm’s Labor and Employment Practice Group. He has practiced labor and employment law in Connecticut since 1985.  Chris is rated as AV by his peers in Martindale-Hubbell, its highest designation, and has been included in Best Lawyers in America since 2010, New England Super Lawyers since 2008, and Connecticut Super Lawyers since 2007.   He is a graduate of Choate-Rosemary Hall, the University of Vermont, and the University of Richmond School of Law. Attorney Hodgson is admitted to the bar in Connecticut, the U.S. District Court District of Connecticut, and the U.S. Court of Appeals 2nd Circuit.

Chris has represented numerous private and public sector employers in collective bargaining and labor relations matters, including negotiating collective bargaining agreements, presenting municipal and Board of Education interest arbitration cases, and defending grievance arbitration claims.  He advises employers regarding all laws applicable to the workplace.  Chris has also represented management in a wide spectrum of labor and employment litigation in state and federal courts. He has defended hundreds of discrimination claims before the Connecticut Commission on Human Rights and Opportunities, and has significant experience before the National Labor Relations Board. Chris has argued cases before Connecticut's Supreme and Appellate Courts.

Prior to joining Berchem, Moses & Devlin, P.C., Attorney Hodgson was a Director at the firm of Durant, Nichols, Houston, Hodgson & Cortese-Costa, P.C. located in Bridgeport, Connecticut, since 1990.

Chris Hodgson is deeply involved in the community.  He is active in Choate Rosemary Hall’s Alumni Association, where he served as President and was a member of the school’s Board of Trustees. He has also served as a board member with the Bridgeport Chamber of Commerce and the Barnum Museum, and as President of the Yale Youth Hockey Association.  Chris resides in Guilford, Connecticut with his wife, Janine, who is also an attorney, and their three children, Kate, Brooke and Jack.