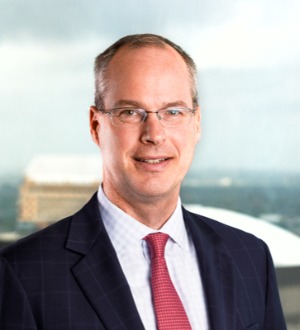 Recognized by Best Lawyers® since 2020.
1100 Poydras Street, Suite 1100 New Orleans, Louisiana 70163
(504) 581-3300
|
Firm: Riess LeMieux
|  Website
Edit Profile
Edit Your Profile
To edit your Lawyer Directory information, please login to your
Best Lawyers® Admin Account.
If you have any questions or need assistance, please contact us at info@bestlawyers.com or 803.648.0300.
Overview
Firm

Christopher K. LeMieux is a founding partner of the firm.   Prior to starting the firm, Chris served as general counsel and an executive committee member for a regional design builder.  During his seventeen-year career, Chris has represented contractors, architects, engineers, owners, sureties, insurers and subcontractors in litigation, arbitration, claims, disputes and negotiations and drafting of construction contracts for a variety of projects, including design build, integrated project delivery, multifamily, military, stadiums, manufacturing facilities, historic renovations, parking garages, and mixed residential use facilities. In addition, he has represented employers in a wide variety of employment matters including employment training, wage and hour, ADA, FMLA, and Title VII. Chris regularly lectures on construction and employment law.

Represented engineering company related to delay, disruption and defective design claims on a multifamily project.Represented a Subcontractor against General Contractor and Builder’s Risk Carriers for damages sustained during Industrial Project.

Represented Architects and General Contractors on claims by Hotel Owners regarding alleged deficiencies in the design, renovation, and construction of hotels.Represented primary subcontractor against building envelope water intrusion claims associated with the construction of a seven-story building.