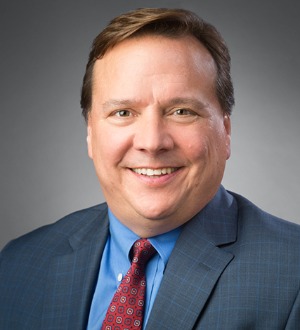 Chris Rogers is a shareholder with the firm. He initially practiced predominately in the firm’s Lake Geneva office, where he tried cases in Walworth, Kenosha, and Racine counties. In 2004, he moved to the firm’s Madison office, where he continues to practice today.  His focus is on cases involving injuries from product defects, automobile accidents, and general negligence. He has clients throughout the State of Wisconsin.

In 2017, Chris served a one year term as President – Elect for the State Bar of Wisconsin. He then served a one year term as State Bar President in 2018 and is the current Past President. Chris has been named a Wisconsin Super Lawyer since 2010 and was named a Top 25 Madison Super Lawyer in 2012 and then again since 2015. In 2016 he was inducted as a Fellow of the Wisconsin Bar Foundation, which recognizes members of the profession in Wisconsin who are known by their peers for high achievements in their profession and outstanding contributions for the advancement and improvement of the administration of justice in the State of Wisconsin.

In 2018 he was inducted as a Fellow of the American Bar Foundation, an honor less than one percent of all U.S. practicing lawyers receive. Chris is the current Wisconsin Chair of the Fellows of the American Bar Foundation. Chris was named an Ex Officio Member of the American Law Institute in 2018. Additionally, in he has been elected as a Best Lawyer in America since 2018.  He was named Best Lawyers Lawyer of the Year for 2021 for Personal Injury Litigation- Plaintiffs: Madison. In 2020, Chris was chosen to served on the Wisconsin Courts COVID-19 Task Force, which was established to recommend how the courts can safely continue jury trials and other court proceedings.

Chris graduated from the University of Wisconsin Law School in 1995 where he was a note and comment editor for the Wisconsin Environmental Law Journal. After graduation, he worked for firms in Milwaukee and Madison, practicing insurance defense and defense litigation, before joining Habush Habush & Rottier.

On the personal side, Chris has worked extensively with individuals with disabilities, specifically in the areas of community integration, employment and job training. He has coached girls basketball, boys middle school football, and has participated as a mock trial judge. He also volunteered for the Waunakee Football Club and chaired their fundraiser. He lives in Waunakee.