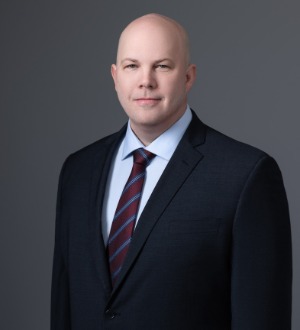 Christian K. Adams, founding and managing partner, is an experienced trial lawyer in federal and state courts. He is also a highly-regarded legal and business counselor, who regularly advises many of Hawaii’s most prominent business leaders and corporate boards on a wide range of issues. His practice spans a broad spectrum of areas including complex commercial and civil litigation, employment law, insurance litigation, maritime law, and real estate law.

Adams has been listed by Hawaii Super Lawyers for business and employment litigation since 2013. He was recognized by Pacific Business News as one of its Forty Under 40 business and community leaders in 2011.

He received his law degree from the University of Hawaii, William S. Richardson School of Law, where he earned numerous awards for his legal scholarship and was editor-in-chief of the University of Hawaii Law Review. Following law school, he served a one-year term as law clerk to the Honorable David Alan Ezra, then Chief United States District Judge for the District of Hawaii. He has also served as an adjunct professor and guest lecturer at the William S. Richardson School of Law, instructing on legal practice and appellate advocacy. He holds bar admissions to all Hawaii Courts, the U.S. District Court (Hawaii), the U.S. Court of Appeals (9th Circuit) and the U.S. Supreme Court.

He currently serves as the National President of the Federal Bar Association, headquartered in Arlington, Virginia, and also serves on several Hawaii boards and leadership committees including the Arthritis Foundation, Boys & Girls Club of Hawaii, GIFT Foundation, `Io Society and Kids’ Chance of Hawaii.