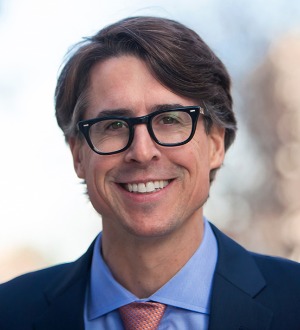 Recognized by Best Lawyers® since 2020.
1444 Blake Street Denver, Colorado 80202
(303) 962-2690
|
Firm: Richards Carrington, LLC
|  Website
Edit Profile
Edit Your Profile
To edit your Lawyer Directory information, please login to your
Best Lawyers® Admin Account.
If you have any questions or need assistance, please contact us at info@bestlawyers.com or 803.648.0300.
Overview
Firm

Over the course of his career, Chris Carrington has had the opportunity to view the law from many different perspectives.  Before co-founding his own practice with partner Doug Richards, he served as a state prosecutor in the 18th Judicial District.  Once in private practice, he served as litigation counsel to the Lehman Brothers estate for nearly a decade.  Since then, his practice has grown and now focuses exclusively on civil and commercial litigation.

Today, Mr. Carrington helps clients with contract and fraud disputes, land partition issues, legal malpractice cases, successor liability investigations, and post-judgment litigation.  He has garnered a reputation as something of a fix-it man, with diversified experience that speaks to his depth of talent. When clients are in need of fast action or creative thinking that they feel they might not get from another firm, they go to him.  He and the Richards Carrington team have been involved in several cases against the Colorado Attorney General, signaling his willingness to take on powerful opponents.  Mr. Carrington is also frequently invited to present to groups such as the Colorado Livestock Association on issues concerning the state’s agricultural industry.

Mr. Carrington received his law degree from the University of Arkansas in Little Rock.  He is licensed to practice in Colorado and New York, as well as the United States District Court for the District of Colorado, the 10th Circuit Court of Appeals and the United States Supreme Court. He has been recognized by Colorado Super Lawyers by Thomson Reuters from 2013 to 2022.