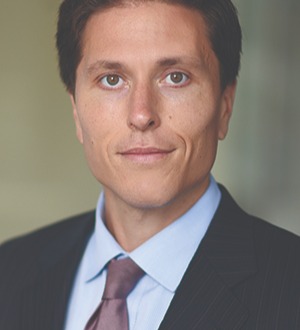 Chase Scolnick specializes in complex civil and criminal litigation. Having tried as lead counsel approximately fifty federal jury trials, Chase is among the most seasoned young trial attorneys in the United States.  He has also been one of the most successful.  In separate years, Chase led three of the nation’s largest federal districts in both defense trials and wins.  In 2017, Chase was the only defense attorney in the United States to receive the Federal Bar Association’s “Federal Younger Lawyer Award”—a prestigious national honor reserved for rising courtroom stars.  Chase was honored with a “2019 California Lawyer Attorneys of the Year [CLAY]” award for his role as co-lead counsel in Yellowstone Women’s First Sep House, Inc., et al. v. City of Costa Mesa.  In 2020, Chase was listed in The Best Lawyers in America® for White Collar Criminal Defense.  He was selected by Super Lawyers® as a Top-Rated Civil Litigation Attorney in 2020.

Chase made a seamless transition to civil litigation, where his superb cross-examination skills have benefited clients on all types of cases. Chase represented famed entertainment executive Michael Ovitz in highly contentious litigation that had dragged on for ten years before Chase joined the team.  After a series of devastating depositions, the case settled on favorable terms.  Chase also represented Broadcom co-founder Henry Nicholas against the IRS on a case in which the IRS disallowed a $300 million tax loss.  On the eve of trial, Chase structured one of the most generous settlements ever secured against the IRS for a distressed asset investment, and was featured in the Daily Journal’s top Plaintiff Settlements in March 2019.  Chase currently represents Microsoft in twelve patent cases in the Central District of California.

Before joining Keller/Anderle, Chase served for fourteen years as a Deputy Federal Defender in the Southern and Central Districts of California, and in the Eastern District of New York.  Chase has handled some of the nation’s most serious and complex cases, including insider trading and financial market manipulation, international terrorism, and organized crime.  Chase fights tirelessly for all of his clients, and has consistently secured amazing results.  He has won many difficult jury trials.  In other cases, Chase’s aggressive pretrial litigation made trial unnecessary.  He has won twelve motions to suppress evidence, and convinced prosecutors and judges to dismiss over thirty serious felony cases.  Chase has also won multiple appeals and writs before the Ninth Circuit Court of Appeals.

In addition to being a highly regarded trial attorney, Chase is also a sought-after legal contributor.  He edited the latest edition of Defending a Federal Criminal Case.  He regularly trains attorneys on all aspects of trial skills at local and national seminars throughout the United States and frequently advises other attorneys as they prepare for trial.