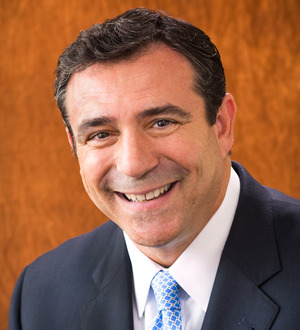 Charles J. Meyer is a shareholder in the domestic relations firm, Hofstein Weiner & Meyer, P.C. For more than 30 years, he has represented clients in all aspects of family law, including negotiations leading to prenuptial, postnuptial and co-habitation agreements, and the investigation and litigation of the financial and economic issues related to the dissolution of marriage, including child support, equitable distribution and alimony. His clients include high net worth individuals, professional athletes, entertainers, entrepreneurs, and their spouses.

A native of Montgomery County, Pennsylvania, Mr. Meyer received his Bachelor of Science, cum laude, from Temple University (1982), and his J.D. from Temple University School of Law (1986). Following law school, he served for several years in the office of the District Attorney of New York County (Manhattan). Since leaving the district attorney’s office, Mr. Meyer has limited his practice to family law. Recognized for his advocacy, he has received the highest rating from Martindale Hubbell (AV) and has been selected as a SuperLawyer in Philadelphia Magazine since the inception of the program, including previously having been selected as a Top 100 SuperLawyer for both Philadelphia and Pennsylvania. Most recently, Mr. Meyer was one of ten family law practitioners in the Philadelphia area selected to participate in the Ten Leaders Program.

Mr. Meyer is a Diplomate of the American College of Family Trial Lawyers, a select group of 100 of the top family law trial lawyers from across the United States practicing sophisticated and complex family law and matrimonial matters.

He also is a Fellow of the American Academy of Matrimonial Lawyers (AAML), and served as the President of the Pennsylvania Chapter of the AAML in 2016.  Presently, Mr. Meyer is delegate from the Pennsylvania Chapter to the National Board of Directors of the AAML. He served as the the Chair of the National Test Committee for the AAML from 2006 through 2020.

Previously, Mr. Meyer served as Chair of the Young Lawyers Division of the Philadelphia Bar Association, as well as a member of its Board of Governors, Commission on Judicial Selection and Retention, Campaign for Qualified Judges, its Long Range Planning Committee, and Nominating Committee. In addition, he served as a trustee of the Philadelphia Bar Foundation and as a Board member of the Golden Slipper Club.

Mr. Meyer is admitted to practice law in Pennsylvania and New York.