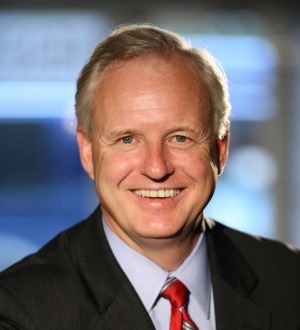 Mr. Kuck serves as the managing partner of Kuck Immigration Partners LLC.—The Immigration Law Firm, and manages its nationwide immigration practice. He concentrates his practice on immigration and nationality law, and international migration matters.  His practice involves assisting employers and employees with business and professional visas, labor certifications, immigrant visas, consular representation, and citizenship matters for foreign executives, managers, professionals, and lesser skilled workers.  Mr. Kuck maintains an active Federal Court practice focusing on immigration issues. He has represented asylum seekers and other immigrants in more than 600 trials before the immigration court.  Mr. Kuck also advises employers on compliance procedures in verifying the work eligibility of all new employees as required under the I-9 “employer sanctions” provisions of federal law.  His major clients include technology firms, manufacturers, multinational corporations and individual investors and entrepreneurs, as well as individual immigrants and asylum seekers.

Mr. Kuck is a Past President of the American Immigration Lawyers Association (“AILA”). He served on the National Executive Committee of AILA for seven years.  Previously, for six years, Mr. Kuck served on the Board of Governors of AILA, for three years as one of 21 elected members of the national Board of Governors of the American Lawyers Association (AILA), for two years at Chair of the Atlanta Chapter of AILA, and for one year as National Chair of the Young Lawyers Division of AILA.  Mr. Kuck is also a past President and a founding member of the (“ABIL”).

Mr. Kuck was also the Editor-in-Chief of The AILA Litigation Toolbox, a hands-on approach to litigating immigration issues.  He has previously served as Chair of AILA’s USCIS Headquarters Liaison Committee and Chair of AILA’s Consumer Protection Committee, and has also served on various other National Liaison Committees for AILA.  Mr. Kuck also sat for seven years on the Board of Directors of the Latin American Association. From 1999 until 2013, he has taught both the Introductory and Advanced Immigration Law Seminars at the University of Georgia School of Law as an Adjunct Professor of Law.  Starting in 2014, Mr. Kuck now teaches the immigration law courses at Emory University School of law.

Mr. Kuck was named as one of the “100 Most Influential Georgians” by Georgia Trend magazine.  He is listed in Best Lawyers in America, Chambers USA, America’s Leading Lawyers for Business,  Chambers Global, The World’ Leading Lawyers For Businesses and in Atlanta Magazine as a Georgia “Super Lawyer.”  He serves on the Board of Directors of the Georgia Council for International Visitors and the Georgia Association of Latino Elected Officials.  Mr. Kuck’s active federal litigation practice has resulted in numerous precedent decisions published by the Federal District and Circuit Courts of Appeal.  Mr. Kuck has written numerous articles on various immigration law subjects, has testified before Congress on immigration matters and has spoken at various legal, industry, business, and civic organizations on a broad range of immigration topics.   He is frequently quoted in the press, and has appeared on CBS, FoxNews, CNN, MSNBC, CNBC, National Public Radio, as well as numerous radio stations and written publications, including the New York Times, Washington, Post, Los Angeles Times, The New Yorker, The Wall Street Journal, Business Week, The National Journal, The Miami Herald, The Atlanta Journal Constitution.