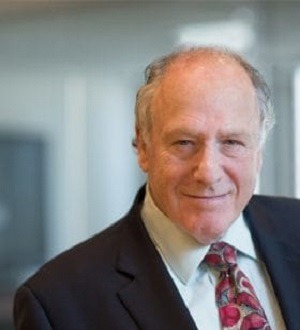 Chuck Miller is a mediator, arbitrator and trial attorney who specializes in complex business litigation matters. He also is one of the founding principals of the firm and founded its franchise practice group. Over his years of practice, he has worked with numerous high profile and highly respected attorneys, judges, and businesses throughout the country.

Mr. Miller is a strong believer in alternative dispute resolution (ADR) and other methods that work to avoid or streamline litigation. His objective has always been to litigate in an efficient manner, utilizing the resources of the firm in such a way as to minimize the costs and expenses to the client. Mr. Miller’s capable demeanor, legal acumen, and effectual communication style has served him well over the years and today he is more and more called upon to mediate and arbitrate matters. He is a people-person who knows the ins and outs of the ADR process and works diligently to resolve disputes on behalf of all parties involved. He also serves as an expert witness, principally in franchising disputes. Mr. Miller has completed a course in Early Dispute Resolution (“EDR”) and is now EDR certified. EDR is an innovative approach to dispute resolution. It cuts through lots of red tape associated with normal ADR and results in a cost-effective and speedy result. It is designed to focus on the key issues and what is really needed to resolve the dispute.

Mr. Miller also acts as a neutral both for the Early Neutral Evaluation and Mediation Program for the federal court in San Francisco. He has served as a neutral arbitrator and chair on arbitrations administered by the American Arbitration Association in a number of matters, including wrongful termination of franchise, failure to renew franchise, breach of implied and express contract when franchisor acquires other brands, misrepresentations or omissions in franchise disclosure documents, and software failures. In addition to matters that can be arbitrated in one day, Mr. Miller has also been called and has handled multi-day, complex case arbitrations.

Over the course of his career, Mr. Miller has handled legal matters including class actions and multi-district litigation in various state and federal courts. Known for his keen understanding of the franchise business and industry, Mr. Miller has handled a number of franchise and distribution cases and has been a featured speaker at the American Bar Association’s Forum on Franchise and programs of the International Franchise Association. He has published a number of articles on litigation and franchise issues and has been certified as a specialist in Franchise and Distribution Law by the State Bar of California Board of Legal Specialization.