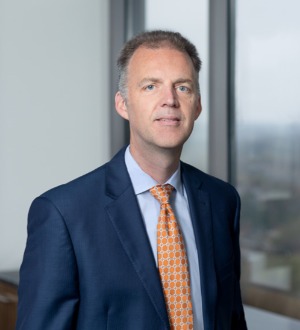 Charles Coble handles complex business litigation and appeals across a range of courts and jurisdictions. He has represented businesses and individuals in a wide variety of matters at the trial and appellate levels, including bet-the-company litigation, franchise disputes, intellectual property matters, and class actions.

Charles has handled numerous complex business litigation cases in federal court and the North Carolina Business Court. His experience includes cases involving significant contract disputes, allegation of fraud and unfair and deceptive trade practices, complex agreements between large companies and governments (including the multi-billion-dollar Master Settlement Agreement between 52 US States and territories and tobacco company signatories), franchise issues and the ownership and licensing of copyrights and trademarks. He has also advised clients on internal investigations on a range of issues, including investigations for public companies.

Charles has practiced in every level of courtroom, from North Carolina’s small claims and district courts to the U.S. Supreme Court. He is certified by the North Carolina State Bar Board of Legal Specialization as a Board Certified Specialist in appellate practice, a certification that requires significant experience briefing and arguing matters on appeal, a robust peer review, and successfully passing a written exam. He is one of fewer than 40 attorneys in North Carolina to have obtained this certification. Charles has been involved in over 25 appeals, arguing cases in the Fourth Circuit, North Carolina Supreme Court, and North Carolina Court of Appeals, and he brings that extensive experience of the appellate court system and its rules and procedures to bear for the Firm's clients.

He is proficient in German.