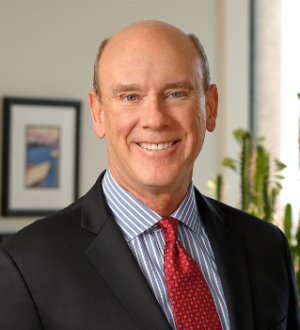 Chuck has over 30 years of experience litigating complex commercial cases, with particular emphasis on the trial and appeal of insurance coverage disputes, including breach of contract, declaratory judgment and bad faith actions. Chuck was named by The Best Lawyers in America as its 2016 Minneapolis Mass Tort Litigation/Class Action - Defendants "Lawyer of the Year" and as its 2014 Minnesota Insurance Law “Lawyer of the Year.” He has twice been recognized by Minnesota Lawyer as an “Attorney of the Year”, in 2013 and in 2006. He was chosen as one of Minnesota’s 10 best appellate lawyers and has been recognized since 2003 as a Minnesota Super Lawyer, earning Top 100 distinction in twelve of those years. Since 2013, he has been identified byChambers USA as one of America's Leading Litigation Lawyers for Business. Chuck is the national coordinating claims counsel for the cyber-liability program of a major commercial insurer. He has shared his expertise on insurance issues in testimony before the Minnesota Legislature. Chuck serves on Meagher & Geer’s Management Committee and is co-head of the Insurance Practice Group. He is a member of the Board of Directors of Center of the American Experiment having previously served as Chair. Chuck also serves as Chair of the Board of Directors of Ridgeview Hospital Foundation and has served on the Board of Directors of The Purdue Alumni Association.